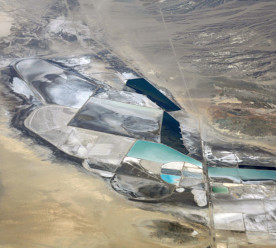 Southeast Asia’s first e-commerce platform for electricity has launched, making it easier for businesses in Singapore to choose renewable energy to power their operations. Based on a consumer’s power consumption habits gleaned from the site’s search filters, Electrify.sg uses a pricing engine to list a range of packages from third-party energy retailers. Users can then compare prices and offers, before deciding on the most suitable option. They can also access alternative energy options such as clean energy and carbon offsets. Before Electrify.sg, companies that wanted to buy from energy retailers besides the default provider, SP Services, had to run extensive online searches and make telephone calls for quotes to assess their options, explained co-founder of Electrify.sg. The terms for what each retailer offers are not usually standardised, meaning that customers would find it difficult to make like-for-like comparisons. (Eco Business)

Almost exactly a year since the launch of the Natural Capital Protocol – a standardised framework for business to measure impacts on natural assets – companies have taken a “huge step in the right direction”, said the director of natural capital at the World Business Council for Sustainable Development (WBCSD). To facilitate business uptake of the framework, the WBCSD has launched a Natural Capital Protocol toolkit – a free and interactive database businesses to use in exploring and carrying out natural capital assessments across their operations. The online resource will evolve over time to provide important data about which of the 50 tools are most commonly used, helping business leaders understand which methods are the most effective. This move underlines the importance to reward forward-thinking companies for sustainability progress on natural capital. (edie)

North Sea cod could be ‘sustainable’ by next year

After being severely depleted by decades of overfishing, the recovery in cod stocks is now strong enough that the fish could qualify for the Marine Stewardship Council’s (MSC) label for certified sustainability. A coalition of fishermen’s organisations, seafood processors and retailers including Sainsbury’s, Marks and Spencer, Tesco and Morrisons are preparing to submit North Sea cod for an independent assessment process that could result in certification by next year. The environmental impact and management are expected to pass the test to qualify for MSC status as they are the same as those for haddock, which has already been certified. The certification is therefore expected to hinge on whether stock levels are sustainable – the last criteria of the certification. In September the Marine Conservation Society (MCS) removed North Sea cod from its ‘red’ list of fish to avoid, but cautioned that it should still only be eaten “very occasionally”. (Telegraph)

The World Bank has warned a transition from fossil fuels to mitigate climate change will require large amounts of metals and rare earth elements that could create environmental challenges in terms of energy, water and land use. The report highlights technologies from wind, solar, and electricity systems are “more material-intensive” than our current systems which means metals demand could double while lithium demand for batteries could exceed a 1,000% increase. Global Head of the Energy and Extractives Practice Group at the World Bank said: “If not properly managed, minerals could constitute a bottleneck vis-a-vis our policies on global warming”. Determining which exact metals will increase in demand will depend on the choices of wind, solar and battery technologies, the bank said. (Financial Times)*

Britain’s biggest businesses must take action to improve the diversity of their workforces and publish a breakdown of their black, Asian and minority ethnic (BAME) employees, a new report has urged. The report by the CMI and the British Academy of Management focuses on ethnic diversity at management levels below the boardroom and stresses the importance of the issue following the Brexit vote. About 12.5% of the UK population are BAME but they hold just 6% of top management jobs. A government-backed report, published in February, said that £24bn could be added to the UK economy each year if minorities were able to progress through their careers at the same rate as their white counterparts. This new report sets out a seven-point  action plan for business leaders, including training on the subject and “breaking the silence” on diversity as the report found managers were nervous to talk about race and ethnicity for fear of causing offence. (Guardian)