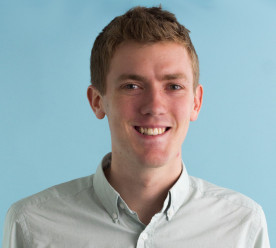 Two years ago, the UK’s Modern Slavery Act came into force. Under its Transparency in Supply Chains clause, all large businesses with operations in the UK must publish an annual statement, explaining what steps they are taking to eradicate modern slavery from their operations and supply chains.

The Modern Slavery Act wasn’t the only driver of transparency on human rights. The California Transparency in Supply Chains Act came first, as did the Dodd-Frank conflict minerals rule. Leading companies like Unilever had already committed to publishing human rights reports in line with the UNGP Reporting Framework, and others like Nike had begun publishing detailed information about their supply chains online.

However, the Modern Slavery Act jump-started an explosion in transparency. The online Modern Slavery Registry has tracked 2,300 modern slavery statements published to-date, across 33 countries, with many more due to report this year. And while analysis shows that many statements are light on detail – or even non-compliant with the Act – even the flimsiest statement is often more detailed than what came before.

The Modern Slavery Act has also driven broader legislation worldwide. France’s new Duty of Care Law covers all human rights and environmental risks, while the EU has just passed its own regulation on conflict minerals. And in the past two years, eight countries have published national action plans on business and human rights – from Sweden and Norway to Colombia and the USA.

The UN has even re-kindled discussions over a legally binding instrument on human rights that could regulate transnational companies. And while the chances of a treaty remain “highly implausible”, according to John Ruggie – whose “protect, respect and remedy” framework, endorsed in 2011, ended decades of UN gridlock – well, stranger things have happened recently.

Stronger laws and enforcement are undeniably needed for people across the world to report human rights abuses and seek remedy. Opportunities still abound for abusers to profit from human suffering. But for multinational companies, the demand for transparency and the reputational risk of leaving human rights abuses untreated must surely now outweigh any benefit from waiting for further government action on human rights.

Increasingly, the calls for transparency come not just from civil society, but from mainstream investors. The Corporate Human Rights Benchmark, launched in 2014, is backed by a coalition including asset managers Aviva, Nordea and APG. This year, the initiative launched a pilot study of 98 companies across the agriculture, apparel and extractives sectors. Only six companies scored above 50%, and none scored above 70%.

Meanwhile, Shift, the non-profit chaired by John Ruggie, maintains its own database of corporate human rights disclosures. In May, Shift launched a report for investors, benchmarking 74 companies on their human rights reporting. The study found that 90% of the companies have no coherent narrative for consumers or investors on how they identify and mitigate human rights risks.

Investors are demanding this information because they understand the business implications of leaving such risks unaddressed. In 1998, Nike ex-CEO Phil Knight admitted that “the Nike product has become synonymous with slave wages, forced overtime, and arbitrary abuse” – just one of the many times that human rights abuses have threatened share prices and sales in industries from tech to tuna-fishing.

Just last month, a coalition of 79 asset managers with almost $8 trillion under management, including Schroders, Legal & General, HSBC and AXA, wrote to companies as part of the Workforce Disclosure Initiative (WDI). The WDI questionnaire demands information on labour practices – from injury rates, to the proportion of staff on permanent and fixed contracts, to the number earning minimum wage – and companies are encouraged to make their responses public.

In their letter, the WDI’s investor signatories explicitly reference CDP (formerly the Carbon Disclosure Project), which began requesting companies’ carbon data on behalf of investors in 2003. Fourteen years later, over 1,000 companies take part, disclosing information to investors representing $100 trillion of managed assets. A CDP for labour rights could mark a tipping-point for transparency.

The human rights opportunity for business

So far, the human rights focus of most businesses has been on risk mitigation. And rightly so – the work involved in mapping diverse supply chains, implementing reporting mechanisms and conducting on-the-ground assessments is significant.

But increasingly, we see businesses not only focused on how not to be laggards, but on how to be leaders. Some companies excluded from the pilot Corporate Human Rights Benchmark requested to be assessed in the next version, as a way to test their performance against their competitors.

Companies are using their Modern Slavery Act statements as an opportunity to launch innovative new approaches to tackling human rights abuses. Marks & Spencer, for example, has launched a Modern Slavery Toolkit for suppliers and partners, and is partnering with Oxfam to conduct an independent review of its supply chains. Adidas’ new manager dedicated to fighting slavery says the Modern Slavery Act has increased the board’s focus on human rights issues, leading to the launch of an app to help factory workers anonymously report issues.

To take the next step on human rights, businesses must look for opportunities not only to mitigate negative impacts, but create positive ones. Marks & Spencer may be the first company to have mapped its salient human rights issues against the UN Sustainable Development Goals. Meanwhile, the Co-op is providing employment opportunities to survivors of modern slavery, and Starbucks and Chobani are hiring refugees.

The business case for action on human rights is clear. Investors are demanding ever greater disclosure, and the number of initiatives aimed at benchmarking companies’ human rights performance grows ever higher. Companies still doing the bare minimum to comply with the Modern Slavery Act must ask themselves the question – what risks are we failing to address, and what opportunities are we missing out on?