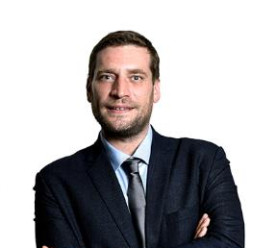 Fighting the good fight – standing up against forced labour

Addressing forced labour right across company supply chains can seem like a daunting task. The Consumer Goods Forum (CGF) and its members have now published a set of actions that highlight how the consumer goods industry is fighting against forced labour, writes Didier Bergeret.

When people talk about sustainability, many people’s first thought is about things like climate change and deforestation. These are, naturally, two very important areas that need action, but there is another area of focus related to sustainability that is less about the planet and more about its people. Social sustainability does not get the coverage it’s environmental sibling does, but it should be considered just as important. Today, there is an estimated 21 million people who are victims of forced labour. It’s one of the most profitable global crimes.

Thankfully, one industry is now standing up for the people it employs and it remains the only industry to have committed to eradicating forced labour from its global supply chains. Following on from its 2016 Forced Labour Resolution and subsequent Priority Industry Principles – which states every worker should have freedom of movement, no worker should pay for a job and no worker should be indebted or coerced to work – The Consumer Goods Forum (CGF) and its members have now published a set of actions that highlight how the consumer goods industry is fighting against forced labour.

The Business Actions Against Forced Labour booklet contains the stories of 12 companies and how they are working individually, and collectively, to tackle forced labour in their own operations and within their global supply chains. It even contains a foreword from the UN High Commissioner for Human Rights. It’s a ground-breaking publication that speaks of an industry’s desire to be more transparent and of a set of companies keenly interested in being part of the solution. And few say it more succinctly than Nestlé CEO Mark Schneider, who says “Forced labour has no place in our operations and value chains”.

In fact, Nestlé is just one of several companies that refer to the CGF’s Priority Industry Principles as a key component of their actions against forced labour. Nestlé explains how they have incorporated these in their audits and contractual relationships and use them for independent assessments. The company also provides a set of key learnings in their story: traceability is key; audits help but are imperfect; grievance mechanisms make a difference and collaborative action is critical. It’s an honest assessment.

Retailers like Tesco and Walmart focus their stories on seafood in Southeast Asia, and the need to map the supply chain, identify key monitoring and regulatory measures and report on Illegal, Unreported and Unregulated (IUU) fishing. It’s also clear that both believe collaboration – with peers and external stakeholders – is the key to tackling this problem. Tesco explains how it is working with the Issara Institute and their Labour Monitoring™ approach in Southeast Asia, bringing together intelligence from workers, businesses, field experts and local communities to create a comprehensive understanding of what is happening and where. Walmart notes it is working with other retailers, suppliers and NGOs via the Seafood Task Force, who are developing a range of tools that include a supply chain Code of Conduct, audit processes and a system for tracking vessels. In short, it’s about driving greater transparency in the supply chain.

Mars Incorporated, also a key player in the CGF’s work on forced labour, explains how their strategy focuses on three areas – in their own operations, with their first-tier suppliers and in their extended supply chain. In their own operations, for example, they state that through their Responsible Workplace programme, independent auditors assess their human rights performance in their own workplaces, enabling them to address issues as soon as they are identified. Mars Incorporated has also developed Human Rights Action Plans for priority raw supply chains, targeting among others its Thai Fish Supply Chain. Again, it’s about collaboration and greater transparency.

Mars CEO Grant Reid recently spoke at the CGF’s annual flagship event, the Global Summit in Berlin, where he called on the 1,000+ CEOs and senior executives in attendance to get active on eradicating forced labour. He called on the CGF membership to take action today.

These are just some examples of what the consumer goods industry is doing today, and there are eight more stories in the booklet that tell a similar story. The industry acknowledges that it’s a complex problem and that more needs to be done, but we can also see that positive change is taking place and that an industry is now committed to being part of the solution. It’s also clear that no single industry, government or company will ever solve this problem by themselves.

Of course, organisations have been working on this issue for many years, but the consumer goods industry, through The Consumer Goods Forum, is now more focused and aligned than ever before. However, let’s not pretend the job is now done. More is needed to convert words into actions. Let’s also acknowledge that forced labour is everyone’s problem across all sectors and geographies, and let’s agree that we all need to work together and positively engage with each other if we are to solve this issue.

Didier Bergeret is Director of Social Sustainability at The Consumer Goods Forum.

Download the Business Actions Against Forced Labour booklet, view our latest video highlighting the why and how the CGF is tackling forced labour and learn more about The Consumer Goods Forum at www.theconsumergoodsforum.com. If you’d like your story to be included in the 2nd Edition of the forced labour booklet, contact the CGF’s Social Sustainability team.