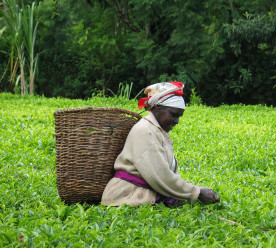 Google has won its fight against a €1.12 billion French tax bill after a court rejected claims the search-engine giant abused loopholes to avoid paying its fair share. Judges ruled that Google’s European headquarters in Ireland can’t be taxed as if it also has a permanent base in France, as requested by France’s administration. French tax administrators didn’t immediately respond to requests for comment. Paris judges ruled that the conditions to tax Google Ireland in France weren’t met as Google France didn’t have the sufficient autonomy from the Irish headquarters. The win for Google comes as France’s newly elected President Emmanuel Macron vowed to make the country “a startup nation” and pledged in June to create a 10 billion-euro fund to help finance innovation. (Bloomberg)

US cities, states and businesses pledge to measure emissions

A coalition of American states, cities and businesses that have pledged to stick with the Paris climate pact will team up with experts to quantify their climate commitments and share their plans with the United Nations, vowing to act in spite of the Trump administration’s exit from the accord. The study will measure the effect, by 2025, of new climate action by cities, states, businesses and universities that have signed up to the effort, organisers said. It will also include the effects of climate-friendly policies that are already in effect at local levels, whether or not they are part of the coalition. Although President Trump has decided to withdraw the United States from the Paris Climate Agreement, the coalition – called America’s Pledge – is moving to uphold the US’ commitments to reduce its greenhouse gas emissions by 26 to 28% by 2025, compared with 2005 levels. The coalition now includes 227 cities and counties, 9 states and about 1,650 businesses and investors.  (NY Times)

A new report has found that more than half of the UK clothing market has achieved a collective 10% reduction in carbon emissions since 2012, alongside a 13.5% reduction in water use, through WRAP‘s ‘Sustainable Clothing Action Plan‘ (SCAP). Members of SCAP, including companies like M&S, Next and Sainsbury’s, represent 60% of the UK clothing market. The report finds that SCAP members are sourcing 20 percent more sustainable cotton than when the initiative began in 2013. The update lists a number of priority garments for brands and retailers to target, as they have the highest environmental costs to manufacture. However, the overall carbon footprint of clothing purchases is still on the rise, meaning that the next few years are “critical” in balancing growing household demand with sustainable supply. (edie)

RBS agrees £3.65 billion settlement over risky mortgages in US

Royal Bank of Scotland has agreed a £3.65 billion settlement for its role in the sale of risky mortgage products in the US before the financial crisis. The settlement is with the US Federal Housing Finance Agency, which oversees the secondary mortgage market. A separate deal with the Department of Justice is expected later this year. Despite its core business producing reasonable profits, fines for historical conduct has meant RBS has lost money every year since a £45 billion government bailout in 2008. Other banks, including Deutsche Bank, Citigroup, JP Morgan Chase, Bank of America and Goldman Sachs have already settled similar cases with US authorities. (BBC)

A massive rollout of electric vehicles (EVs) could deliver a sharp increase in peak electricity demand by 2050, the UK’s National Grid has suggested. According to its annual Future Energy Scenarios update, peak electricity demand could hit 85GW – compared to around 60GW today – if EVs’ adoption surges to represent 90% of new vehicle sales by 2050 and are then charged haphazardly by consumers. The best case scenario for the environment promises the highest level of economic growth of the four scenarios. Under this scenario, consumers make a conscious effort to be greener, while higher taxes are levied on those consumers and businesses that continue to choose carbon intensive options such as natural gas for heating. Under the worst “Steady State” scenario, the UK experiences slow economic growth, with investment focused on cutting the short-term cost of energy rather than investing in low-carbon, long-term solutions. (Green Business)