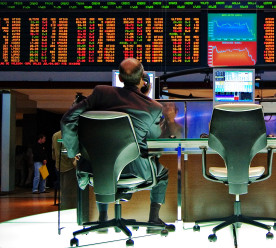 A majority of Exxon Mobil’s shareholders have voted in favour of more open and detailed analyses of the risks posed to its business by policies aimed at stemming climate change. Preliminary results announced that 62.3 percent of shareholders voted in favour of the resolution, which the oil and gas giant’s directors opposed. Supporters hailed the decision as sending a powerful message that investors wanted fossil fuel companies to move toward a low-carbon economy. Although the resolution is not binding, Darren W. Woods, the chief executive, said the board would consider the result because it reflected the view of a majority of shareholders. Fund manager BlackRock was one of the large investors reported to have backed the resolution. BlackRock voted for a similar proposal earlier this year at Occidental Petroleum, the first time it had opposed company management on such a measure. (New York Times)

Four international investment groups have called on investors to quit the tobacco industry on World No Tobacco Day (WNTD). Axa, Calpers, Scor and AMP Capital have already sold or are selling their tobacco investments. Along with 50 other firms with investments totalling $3.8tn, they have pledged “to openly support the tobacco control measures being taken by governments around the world”. The statement reads: “We in the investment community are becoming increasingly aware of the important role we can play in helping to address the health and societal impacts of tobacco.” WNTD is the only one of the World Health Organisation (WHO)’s health campaigns that pits itself against a specific industry. The tobacco business remains a formidable adversary. It has been one of the best investments of the last decade, and many believe there is more growth to come. (BBC)

The Body Shop, ad signage company JCDecaux and scientific research and design organisation Airlabs are teaming up to create ‘clean air zones’ at bus stops in three-highly polluted spots in central London. Body Shop adverts will incorporate Airlabs’ tailor-made filtration system, delivering up to 95 percent cleaner air to passengers waiting for their bus. London air pollution levels surpassed allowed limits for 2017 just five days into the new year. According to Airlab, Londoners’ life expectancy is reduced by as much as 16 months because of extended exposure to air pollution. (Sustainable Brands)

The first ever professional standard for circular economy principles aims to assist companies in their transition towards a greener, more resource-efficient future. The new BS8001 British Standard is designed to help businesses of all sizes integrate the principles of the circular economy into daily activities and long-term strategies. Josh Fothergill, policy lead at the Institute of Environmental Management and Assessment (IEMA) which helped develop BS8001 in collaboration with BSI Group, said its launch could dramatically boost the use of circular business practices across the UK. While BSI has already developed a number of standards that support waste prevention, resource efficiency, eco-design and remanufacturing, it says this is the first standard focussed entirely on the concept of the circular economy. (Business Green)

Singapore’s central bank has fined Credit Suisse and United Overseas Bank (UOB) a total of S$1.6 million for breaching anti-money laundering rules in transactions related to Malaysia’s scandal-ridden state fund 1MDB. The fines, given by the Monetary Authority of Singapore (MAS), are smaller than those the authority has already imposed on other banks as part of its biggest money-laundering investigation. In total, MAS has now imposed penalties of S$29.1 million on eight banks. “While the fines imposed on UOB and Credit Suisse may appear low relative to the amounts that we see imposed by US and UK regulators, they are substantive by Singapore standards,” said Nizam Ismail, partner at RHTLaw Taylor Wessing LLP. Last year, MAS fined DBS, UBS, Standard Chartered and private bank Coutts for breaches of Singapore’s anti-money laundering laws in connection to 1MDB transactions. (Reuters)