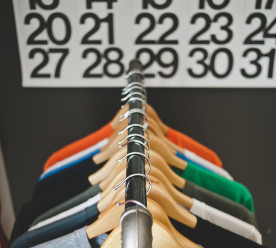 Apple has said it aims to make all of its iPhones, iPads and other products entirely from renewable or recycled materials. In its 2017 annual environmental report the California tech firm said work is well underway towards its pledge for a so-called “closed-loop supply chain”. In March, Apple stopped buying cobalt mined by hand in Congo, following reports of child labour and dangerous working conditions. Children as young as eight were found to be working 12-hour days carrying heavy sacks, sometimes in heavy rain, whilst being beaten by supervisors, according to Sky News. Though Apple says it needs to do more to reduce its estimated 29.5m metric tonnes of greenhouse gas emissions, the company needs customers to recycle their devices whilst building its own capacity to re-use them. Apple will also see its suppliers to reduce their carbon footprints with renewable energy. (Independent)

Philips has agreed an innovative €1bn loan deal with a consortium of 16 banks as created in cooperation with ING Bank. It will feature an interest rate linked to the technology firm’s year-on-year sustainability performance. The nature of the credit facility means if Philips’ sustainability performance improves, the interest rate it has to pay on the $1bn loan goes down, and vice-versa. Philips said it plans to use the $1bn Revolving Credit Facility, which matures in April 2022, for “general corporate purposes”. ING Bank claims it is the first deal in the syndicated loan market where the pricing is linked to a Sustainalytics rating. It has also claimed that the loan, which follows the launch of Philips’ ‘Healthy People, Sustainable Plant’ carbon-neutral programme last year, differs to  previous green loans and bonds, as the pricing is linked to specific green covenants or the use of proceeds is limited to green purposes. (Business Green)

Green Century Capital Management, in collaboration with Trillium Asset Management and 350.org, has released a new fossil fuel-free investing guide for environmentally and socially conscious investors. Make a Clean Break: Your Guide to Fossil Fuel Free Investing.  It provides improved insights and analysis about the potential financial advantages of eliminating fossil fuel corporations from investment portfolios and reinvesting in clean, sustainable and solutions-oriented investments that are advancing the transition toward a zero-carbon economy. Investments that consider environmental, social and governance (ESG) criteria have gained favour in recent years. In addition to the actionable measures investors can take to invest fossil fuel free, the new guide explains how consideration of ESG criteria or “low-carbon” products are not synonymous with fossil fuel-free or social, responsible and impact (SRI) investing. (Sustainable Brands)

Snapchat is facing a public relations crisis in India, the world’s fastest growing smartphone market, after allegations its founder said the app was “only for rich people” and that he did not want to “expand into poor countries like India”. The remarks, allegedly made by Evan Spiegel in a 2015 meeting, are contained in a recently unsealed complaint by Anthony Pompliano, a former employee of Snap Inc, the parent company of Snapchat. “This app is only for rich people”, Spiegel said, according to the lawsuit. “I don’t want to expand into poor countries like India and Spain.” Snapchat, which has about 4 million users in India, has called the allegations “ridiculous”. “Obviously Snapchat is for everyone. It’s available worldwide to download for free,” the company said. The platform’s rating in the Apple store has also fallen to one star after poor reviews. (Guardian)

More brands should reveal where their clothes are made

More apparel and footwear companies should join 17 leading apparel brands that have aligned with an important new transparency pledge, a coalition of unions and human rights and labor rights advocates said in a joint report. The 40-page report, “Follow the Thread: The Need for Supply Chain Transparency in the Garment and Footwear Industry,” comes just ahead of the fourth anniversary of the Rana Plaza building collapse in 2013 which killed over 1,100 garment workers and injured more than 2,000. While momentum has gathered on supply chain transparency in the garment sector, a number of apparel and footwear companies still keep investors and other stakeholders in the dark on the factories that manufacture their products. The aim of the Transparency Pledge is to create a level playing field in the industry and move it toward a minimum standard for publishing supplier factory information. The Pledge will also help assert workers’ human rights, advance ethical business practices and human rights due diligence in apparel supply chains, and build stakeholder trust, in line with the United Nations Guiding Principles on Business and Human Rights. (Human Rights Watch)