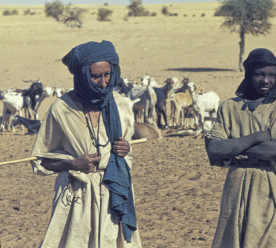 JPMorgan steered a technology company client to sell itself to BlackBerry at a knockdown price because it wanted to win lucrative future investment banking business from the smartphone pioneer, according to an investor lawsuit. The lawsuit filed on behalf of some shareholders of Good Technology, a security software provider, accuses the bank of committing “fraud on the board” over the advice it gave when directors were debating whether to pursue a public listing or a sale in 2015. The suit, alleges JPMorgan mishandled the planned initial public offering and then dismissed other buyout offers and rescue financings for Good Technology because it wanted to build a relationship with the much larger company. Good Technology’s common shareholders are also suing the company’s board and management, accusing them of breaching their fiduciary duties in selling Good Technology at an unfair price. JPMorgan was the tech group’s lead financial adviser in 2015 and is accused of aiding and abetting the management and board’s breach of duty. (Financial Times)*

Some finishers of Monday’s Boston Marathon race have taken issue with a congratulatory email sent by Adidas, the sponsor for the 121st annual race. “Congrats, you survived the Boston Marathon!” the email read. The message was met with backlash given the history of the Patriot’s Day race. Some finishers questioned how Adidas did not realize the connotations of the message after three people were killed and more than 260 were injured in the 2013 Boston Marathon bombing. In a statement to TIME, a spokesman for Adidas apologized for the email. “We deeply apologize for our mistake. The Boston Marathon is one of the most inspirational sporting events in the world. Every year we’re reminded of the hope and resiliency of the running community at this event.” Some finishers took to Twitter to express their thoughts on the email. (Time)

Modern slavery statements: One year on

Companies are providing more information on their policies to address modern slavery, according to a report by Ergon Associates. 57% of statements address the issue of modern slavery either  moderately well or in detail (up from 31%). In doing so, they explain how their policies are relevant to modern slavery, describe the process for policy development and detail governance mechanisms by which the policy is enforced. Employment and labour rights consultancy Ergon has now released a report which will provide a snapshot of how companies are reporting on their efforts to identify and combat modern slavery in accordance with the UK’s Modern Slavery Act 2015 (MSA). The analysis comes after growing demands for tighter regulation and greater disclosure requirements on due diligence processes, addressing both modern slavery and human rights more broadly and focuses on improving the quality of statements. It is indicated that companies should not only address risk assessment processes but should also identify priorities for action based on the assessment. (Ergon Associates)

The World Health Organisation (WHO) has reported remarkable achievements in tackling neglected tropical diseases (NTDs) since 2007. An estimated 1 billion people received treatment in 2015 alone. The report, Integrating neglected tropical diseases in global health and development, demonstrates how strong political support, generous donations of medicines, and improvements in living conditions have led to sustained expansion of disease control programmes. Since 2007, a variety of local and international partners have worked alongside ministries of health in endemic countries to deliver quality-assured medicines, and provide people with care and long-term management. In 2012, partners endorsed a WHO NTD roadmap, committing additional support and resources to eliminating 10 of the most common NTDs. After the recent outbreaks of Zika virus disease the WHO will now review proposals for a new Global vector control response. The report also highlights the need to scale up action when it comes to access to clean water and sanitation facilities. (World Health Organisation)

The UK Export Finance (UKEF) has provided fossil fuel companies with £6.9 billion in financial support since 2000, according to a joint investigation by Energydesk and Private Eye. The majority of this support – £4.8bn – has been pledged since 2010, despite a government commitment to back clean technologies “instead of supporting investment in dirty fossil-fuel energy production”. Now UKEF’s budget has been doubled to £5 billion by chancellor Philip Hammond in November 2016 as part of efforts to promote trade after Britain leaves the European single market. Projects receiving government backing in recent years include a petrochemical refinery owned by Vladimir Putin’s son-in-law; oil fields owned by Petrobras – Brazil’s state-owned oil company affected by corruption scandal. As a defence, a spokesperson for UKEF has claimed that the agency is actively seeking to support renewable energy projects but can only provide export finance if there is demand. (Greenpeace)