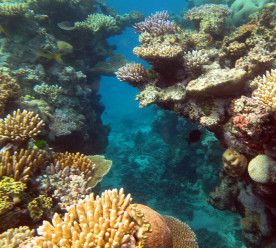 British regulators, Financial Conduct Authority (FCA) and Prudential Regulation Authority (PRA), are investigating the Chief Executive of Barclays, Jes Staley, into a mishandling of a whistleblowing incident. Early this year, it was revealed that Mr Staley attempted to uncover who had written a whistleblowing letter to the bank. In a statement, Barclays wrote that the regulators will also be looking at the bank’s systems and controls and culture relating to whistleblowing. In a statement, it was announced that the bank will dock Mr Staley’s pay by as much as £1.3million, or his entire annual bonus. Mr Staley officially apologised to the board, stating that he had been trying to protect a colleague. The board, accepting Mr Staley’s apology, stated that he “continues to have the board’s unanimous confidence”. A formal written reprimand, including an announcement on his bonus and pay, will be announced at the bank’s annual general meeting on 10th May. (BBC)

Thomson Reuters Foundation has released a report stating that, in order for cities to build “green” infrastructure, they must do more to tap major private investment. The group says that C40, the network of 90 international cities including London and Paris, needs to raise $375 billion by 2020 to invest in low-carbon infrastructure. Shirley Rodrigues, London’s deputy mayor for environment and energy stated “we need to unlock more public and private investment … and increase the use of innovative green finance mechanisms such as green bonds.” It is suggested that tax benefits or capital allowances are crucial incentives that will encourage long-term investors to back “green” infrastructure.  Seattle is already using taxation to help fund infrastructure projects, however, some cities such as Cape Town and Mexico City, struggle to gain private investment due to poor credit ratings. Alongside private investors, cities can also look to major development finance institutions such as the World Bank or Asian Development Bank. (Eco Business)

Severe bleaching has affected two-thirds of Australia’s Great Barrier Reef. New aerial surveys of the world’s largest living structure have revealed two consecutive mass bleaching events have affected a 1,500km stretch, leaving only the reef’s southern third unscathed. Mass bleaching is a phenomenon caused by global warming- induced rises to sea surface temperatures. Such as attack on the coral will require at least 10 years of fast growth to recover, however, the back to back nature of the bleaching this year has meant that there is zero time for recovery.  Professor Terry Hughes, who led the reef surveys, has warned that Australia is running out of time to save the reef and must take immediate action on climate change to prevent any further damage. Water quality expert, Jon Brodie, said that his lifelong work to manage water quality has failed. The government was far short of the $8.2bn investment needed to meet water quality targets and it appears that current government rescue efforts have been unsuccessful. (Guardian)

The Brazilian government’s Legal Land Programmes has distributed more than 20,000 property title deeds to farmers in the Amazon rainforest. The programme, started in 2009, is helping the country protect huge areas of the forest by distributing land to thousands of small-scale farmers. From 2015 to 2016 deforestation in the Amazon increased by 29 percent, following years of steady decline. This equates to two football fields of forest lost each minute. Analysts have claimed that a lack of property rights has fuelled this rapid rate of deforestation. The title deeds distributed through the Legal Land Programmes have reportedly 2 percent more forest left intact compared with territory lacking in titles. Although this figure may sound small the programme is being hailed as “an effective way to reduce deforestation”.  (Thomson Reuters)

According to UN-backed research at the Frankfurt School of Finance, record levels of renewable energy capacity were added across the world least year but the falling costs of green power equipment led to a 23 percent decline in money spent on investments. Global investments reached $241.6 billion and this decrease in investment is largely due to the falling cost of equipment costs as technologies mature, as well as economies of scale. Professor Ulf Moslener, one of the authors of the report, said that “wind and solar energy have arrived at costs that would have seemed inconceivably low a few years ago”.  The report found that unit cost of producing power from onshore wind turbines has had a year-on-year drop of 15 percent. This lower investment sum is similar across all renewable energy infrastructure and demonstrates a better cost-effectiveness per dollar spend, or as Moslener describes “Investors received more capacity for less money.” (Thomson Reuters)