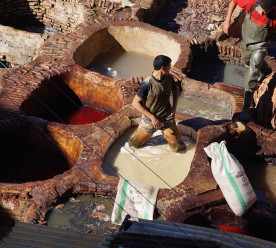 Chocolate bars and sweets are likely to get smaller as a result of a major push from Public Health England (PHE), which is urging the food industry to help fight obesity by cutting 20% of sugar from the main snacks and foods that children eat. After talks with the confectionery industry, which has said removing sugar and keeping the taste would be hard, PHE is recommending they make the change by shrinking the size of the sweets and chocolate bars they sell. PHE says changes to nine food groups could lead to 200,000 tons of sugar being taken out of snacks and meals yearly by 2020 and cut the number of overweight children by 20%. “We’ve seen over recent weeks that some companies within the food and drink industry have made great progress whilst others are seriously lagging behind and others claiming wrongly that they can’t do it,” said Graham MacGregor, chairman of the campaigning group Action on Sugar. “If these recalcitrant companies don’t comply we need Theresa May to bring in tough measures to ensure compliance and put public health first before the profits of the food industry.” (Guardian)

China calls US ‘selfish’ after Trump seeks to bring back coal

Chinese state media has lambasted Donald Trump’s efforts to roll back many Obama-era environmental regulations. In an editorial highly critical of Trump’s retreat on environmental regulation, the Global Times made it clear Beijing was uncomfortable taking over leadership of the fight against climate change and could not fill the vacuum left by the US. “Western opinion should continue to pressure the Trump administration on climate change. Washington’s political selfishness must be discouraged,” the editorial said. “China will remain the world’s biggest developing country for a long time. How can it be expected to sacrifice its own development space for those developed western powerhouses?” China is the world’s largest emitter of greenhouse gases and Chinese leaders firmly agree climate change is a real threat. However, rhetoric has often outpaced their commitments to curb emissions and the country still consumes more coal than the rest of the world combined. (Guardian)

On Tuesday, Uber released its first ever diversity report. It revealed that just 22% of Uber’s overall leadership positions are held by women. When it comes to technical leadership roles, the percentage of females is half that. Uber’s culture and treatment of female employees has been in the spotlight after a former female engineer alleged sexism and harassment. The company has since been working to promote itself as a more equitable, inviting place for people of all backgrounds to work. However, the report demonstrated that Uber has no technical leaders who are black or Hispanic. This figure is only slightly higher for non-technical leadership positions – in which 3.7% of leaders are black and 1.2% are Hispanic. Uber’s demographics are not very different from other tech companies: 36% of its 12,000 global employees are women, compared to 33% of Facebook’s 17,000 employees. Uber has pledged $3 million over the next three years to organizations helping women and underrepresented groups in tech. (CNN)

Coffee cup fee could cut use by 300 million, study suggests

Hazardous tanneries with workers as young as 14 supplied leather to companies that make shoes and handbags for a host of Western brands, Transparentem, a non-profit intelligence unit that investigates supply chain issues has found. The abuses alleged are located in Hazaribagh, the hub of Bangladesh’s leather industry with more than 150 tanneries. Amid dire local environmental conditions caused by the $1 billion-a-year industry, tanneries were ordered to move from this location more than 15 years ago. However, deadlines have passed without any consequences. By tracking customs and business records, the report found links between the offending factories and companies such as Clarks, Coach, Kate Spade, Macy’s, Michael Kors, Sears, Steven Madden and Timberland. Transparentem did not state that the leather ends up in American and European companies’ products, only that the manufacturers of some of those goods received it. In response to the report, most brands switched factories, banned Bangladesh leather or demanded improvements. (abcNEWS)