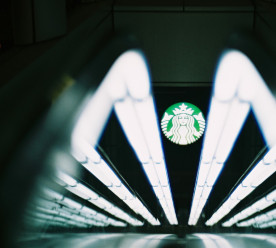 Google’s efforts to assuage advertisers’ concerns about ads appearing alongside terrorist videos on YouTube have failed to win over US companies including AT&T and Verizon with large marketing budgets. Big brands including the two telecoms groups have pulled advertising from YouTube despite a promise from Google to broaden its definition of inappropriate content and raise the bar for the kinds of videos it allows advertising to appear alongside. Enterprise Holdings also joined the telecoms companies in temporarily halting advertising on YouTube. European brands such as Volkswagen, Tesco and the UK government have also pulled spending from the site in the past week. Google’s president of business and operations in Europe publicly apologised to advertisers on Monday. The next day, Google gave details on how it plans to expand safeguards. (Financial Times)

An activist shareholder says it has persuaded Goldman Sachs, BNY Mellon and three telecommunications to release statements outlining commitment to pay parity between men and women. Pax World Management, had filed proposals asking the two banks, along with Verizon, AT&T and Qualcomm, to disclose what’s known as gender pay-gap data and to work towards gender parity. Pax withdrew the proposals after all five companies agreed to take steps to address pay inequities, though none committed to make public the data or to close the gaps. Goldman Sachs Group Inc. agreed to enhance pay equity disclosures in a report this spring. Also, at 2017 annual meetings, shareholders at Wells Fargo & Co.will vote on measures asking the companies to issue reports examining gender-pay gaps and their efforts to ensure parity. All four have advised investors to reject the proposals, as they have strong records on hiring, paying and promoting women. None make public any examination of gender-pay gaps or efforts to ensure pay parity. (Bloomberg)

Starbucks is now being challenged by employees who say the company’s much-heralded maternity leave benefits are unfairly applied. While Starbucks offers 18 weeks of paid leave at 100 percent of average salary for mothers, spouses and domestic partners, whether by birth, adoption or fostering, the package will consist of just 6 paid weeks of maternity leave to baristas who work an average of 20 hours a week. For these employees working 20 hours a week, benefits only apply to birth parents, not to foster or adoptive parents and not to spouses or domestic partners. The Huffington Post has also reported that the more generous benefits only apply to about 8,000 out of the company’s 170,000 U.S. employees. Starbuck’s  justification is that benefits packages costs the company around $558 million on what Forbes has tallied as 238,000 employees worldwide during the 2016 fiscal year. The company also argues that it has to work harder to recruit and retain employees (Triple Pundit).

Retail property specialist Hammerson, has become the first firm in its sector to launch a pan-European Net Positive strategy covering carbon, resource use and water consumption across internal and tenant operations, as an attempt to meet the 2030 Sustainable Development Goals.  Up to 2020, Hammerson will focus on landlord controlled impacts and from 2021 to 2025 this will be extended to development impacts.   The last phase of the strategy will cover tenant controlled impacts by 2030. By that time, Hammerson will aim to reduce carbon emissions by 757,200 tonnes. To reach this goal, Hammerson will install LED lighting systems as well as renewable energy systems. Hammerson announced that past sustainability initiatives are already delivering “significant commercial benefits” for both the company and its retail tenants, as well as lowering medium-term energy and carbon pricing costs. An example of this is Hammerson’s leasing relationship with Costa Coffee and its “zero energy” eco-pod retail outlets. (Edie)

Toyota has set an aggressive environmental management target: to eliminate almost all carbon emissions from its new vehicles, production and plants by 2050.  — Toyota plans to achieve this goal by increasing sales of its fuel cell vehicles. The automaker, along with Honda, Shell and other transportation and energy giants, has also pledged to invest $1.5 billion a year in hydrogen and fuel cell products , demonstrating leadership in advancing what it calls the ‘hydrogen society’ Toyota has adopted a billboard campaign in California for its Mirai fuel-cell car, that will employ technology that scrubs nitrogen dioxide (NOx) emissions from the air. The Toyota Mirai billboard campaign, in coordination with Clear Channel Outdoor Americas, will run from April 3rd  through May 28th . Thirty-seven billboards in Los Angeles and San Francisco will create 24,960 square feet of pollution scrubbing surface and reverse the equivalent of 5,285 vehicles worth of NOx emissions per month, Toyota says. (Environmental Leader).