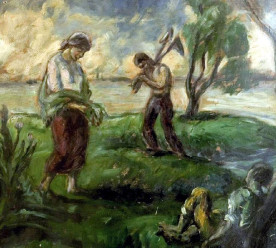 Sterling Jewelers, the company that owns Kay Jewelers and Jared the Galleria of Jewelry has been locked in an arbitration battle for nearly a decade with hundreds of former employees who allege that women were accosted, pressured into sex for advancement or protection, and routinely paid less than men. Hundreds of documents in the case were made public on Sunday, including sworn depositions from ex-employees who claim they were preyed upon by male supervisors and paid less than underperforming male colleagues. A spokesman told the Washington Post that the company “thoroughly investigated the allegations and have concluded they are not substantiated by the facts and certainly do not reflect our culture.” Diane Acampora, who worked at Sterling in Pennsylvania for several years, described routine sexual harassment. Employee Timeen Adair also described discovering she was paid less than male employees with comparable or inferior qualifications and that hat executives would seek out attractive female employees to accompany them on nights out. (CNN)

A group of Honduran farmers embroiled in a long-running land rights dispute has accused the World Bank’s private sector arm of “knowingly profiting from the financing of murder” as it extended millions of dollars in loans to one of the country’s largest landowners.  In a class-action lawsuit filed on Tuesday in the US District Court for the District of Columbia, lawyers for the farmers accuse the International Finance Corporation and a subsidiary of wilfully turning a blind eye to the murder of more than 100 people since 2009 in the Bajo Aguan region of Honduras. The killings and other attacks, they claim, were part of a campaign waged against farmers’ co-operatives by palm oil producer Dinant and its late owner Miguel Facussé even as the IFC approved a controversial loan to the company and continued to finance it via a bank it invested in. Dinant said it had operated in the Bajo Aguan for many years in a “just and lawful manner”. (Financial Times)*

New solar photovoltaic capacity installed in 2016 reached more than 76 gigawatts, a dramatic increase on the 50GW installed the year before. China and the US led the surge, with both countries almost doubling the amount of solar they added in 2015, according to data compiled by SolarPower Europe .  Chief executive James Watson, said: “In order to meet the Paris [climate agreement] targets, it would be important if solar could continue its rapid growth. The global solar industry is ready to do that, and can even speed up.” In the UK the amount of solar power installed in 2016 fell by about half on the record level added the year before.  It came after the government drastically cut incentives for householders to fit solar panels and ended subsidies for large-scale “solar farms”.  But despite the slowdown, the UK still led Europe for solar growth with 29% of new capacity, followed by Germany with 21% and France with 8.3%. (Edie)

The Nigerian government is considering a $30 million allocation for off-grid solar projects. According to a report in Bloomberg solar panels are an “economic option” for cutting fuel costs in Nigeria, compared to the small diesel generators that currently form the backbone of off grid power generation.  Industry stakeholders formed the Renewable Energy Association of Nigeria (REAN) last fall with the aim of seeing “…solar, hydro, biomass and wind contributing 40% of the national energy mix by 2030.” This is a significant move because some industry observers have been warning that the country’s domestic electricity consumers have been left “in the lurch” while multinational oil companies send Nigeria’s fossil fuel resources overseas. Among the new projects are a solar microgrid program that will bring locally generated electricity to 25 communities in Nigeria. The U.K. also announced a program to provide financing for household-sized solar projects through the organization SolarNigeria. (Clean Technica)

Following its commitment to ensure proper pay structures in its supply chain, H&M is now encouraging its supplier factories across the world to pay workers through mobile money and other digital methods to ensure transparency, curb exploitation and empower women. The move comes after it became the first global fashion brand to join The Better Than Cash Alliance – a United Nations initiative aimed at promoting governments and companies to move to a digital economy. “Digital payments are an efficient and scalable way to improve the lives of the employees of our suppliers,” Gustav Loven, social sustainability manager at H&M group, said in a statement. H&M said a digital payment system would boost financial inclusion by ensuring workers – especially women – had bank accounts, as it provides a safe place to save money and opens up a channel to credit which can be used for investing in education, property or in a business, gender experts say. (Eco-Business)

Source of information: ‘Workers in The Field’ by Gyula Derkovits from Wikipedia Commons. Public Domain.