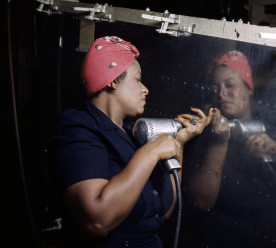 RenewableUK, one of the UK’s most prominent clean energy trade bodies, is today launching a new drive to encourage more women to join the country’s growing wind energy industry.  Launched ahead of tomorrow’s International Women’s Day, the new initiative – dubbed ‘Women into Wind’ – will see the trade body provide tailored job opportunities and career advice to women considering joining the industry. The UK is already home to a host of female clean energy leaders, according to a new rankings published separately today by market intelligence service A Word About Wind. The Women’s Power List 2017 ranks the most powerful women in the global wind energy sector. Executives from the UK and the Republic of Ireland dominate the list with more than 30 entries, including Juliet Davenport, founder of green energy firm Good Energy, Jenny Blackford, director of financial services at Siemens, and Lindsey McQuade, director of policy and innovation at Scottish Power Renewables. However, women’s involvement in the clean energy industry is still below the overall employment share for women in most OECD countries, which stands at around 40-50 per cent. (Business Green)

The investment specialist behind the DJSI questionnaire, RobecoSAM, has announced methodology changes for 2017. As part of RobecoSAM’s continuous review process to ensure that the Corporate Sustainability Assessment (CSA) remains at the cutting edge of sustainability trends, it has introduced new questions to the 2017 CSA, on topics such as Impact Measurement, Policy Influence and Supply Chain Management. These key changes will be discussed in the webcast “CSA 2017 – Methodology Changes” on 14th March. Benefits of attending the webcast include: explanation of new questions and criteria, explained by the Sustainability Investing Research team as well as direct interaction with Sustainability analysts to get your questions answered. Another webinar will also be held on 9th March outlining the value and impact of participation in the CSA. This will provide insights into how participation can drive positive, measurable change within your organization. (RobecoSAM)

Uber’s recent stumbles have taken the shine off a company that many in Silicon Valley once saw as being invincible, and employees who had planned to stay with Uber through its eventual initial public offering are reconsidering.  In the past two weeks a series of public embarrassments, including a video in which chief executive Travis Kalanick berates an Uber driver, have left the company struggling to recover its image. Two senior executives quit the company last week, adding to employees’ sense of uncertainty.  Adding to Uber’s woes, the company was sued last week by Alphabet’s self-driving car unit, Waymo, which alleges that its rival stole trade secrets and infringed on patents relating to autonomous vehicles.  “People were lured in with the promise of equity…but now they are realising that they won’t see a return on that for a long time,” said a recruiter who previously worked at Uber. “There is a lot of resistance in upper management to doing an Initial Public Offer.” (Financial Times) *

London Taxis have swapped the busy streets of England’s capital for the Arctic Circle, in order to monitor performance of new electric-engine versions of the vehicle. The London Taxi Company (LTC),  a UK subsidiary of the Zhejiang Geely Holding Group (Geely), aspires to sell the vehicles across major polluted cities, including places such as Moscow which can reach -12°C in the winter month.  The firm’s quality director Wolfram Liedtke revealed that testing would pave the way for production of the vehicles to commence in the UK. Once the extreme testing has been completed, and the product is deemed ready for sale, production could start at the new Ansty facility, which was backed with a £300m investment from Geely. As Transport for London (TfL) figures reveal that black taxis are accountable for around 15% of nitrogen oxide produced from traffic in London, London Mayor Sadiq Khan has vowed to improve London’s air quality by rapidly phasing out of diesel buses and taxis, meaning that the new vehicles need to be able to drive without generating tailpipe emissions. (Edie)

The Philippines’ environment minister said on Monday she stands by her decision to shut more than half the country’s operating mines and bar mining in watershed zones as an inter-agency panel began a review of her actions. Members of the government’s Mining Industry Coordinating Council will scrutinize the affected mines to ensure due process was followed and consider the impact on jobs and the economy after an outcry by the mining industry in the world’s top nickel ore supplier. The review could take three months.  A mining industry group has said the closure or suspension of 28 mines would affect 1.2 million people. She also ordered the cancellation of 75 mining contracts, or nearly a third of mineral production sharing agreements for mines that have yet to go into production, for being located in watershed zones. “My stand on no mining in watersheds is staunch,” Environment and Natural Resources Secretary Regina Lopez told Reuters by phone. President Duterte has previously criticized the environmental damage from mining and said last August that the country could survive without a mining industry. (Thomson Reuters)

Image source: A “Rosie” working on the A-31 Vengeance bomber in Nashville, Tennessee (1943). Public Domain