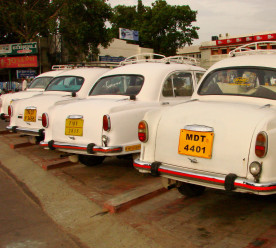 The EU Energy and Environment Sub-Committee released the “Brexit: environment and climate change” report today (14 February), which found that effective enforcement of new and existing legislation would be crucial to overcoming short-term “vulnerabilities” in relation to protecting the environment. It highlights concerns over the Government’s ability to enforce the legislative regime, which is currently handled by the European Court of Justice. The Committee quizzed a range of witnesses, including the Grantham Institute on Climate Change and the Environment, the Aldersgate Group and WWF UK, on various implications that could arise during Brexit negotiations. The report notes that Defra, which has an overarching responsibility for safeguarding Britain’s natural environment, will need a “substantial increase” in resources if it is to succeed in maintaining environmental legislation. The report warns that restrictions and new tariffs could increase the cost of waste management in the UK. Investment researcher Sustainalytics has previously warned that Brexit could ‘weaken’ business standards for recycling and air quality. (Edie)

Drinks giant Bacardi has announced in its latest corporate responsibility report that it had met several of its environmental goals for 2017 a year early and remained on track to meet flagship targets covering zero waste to landfill and sustainable supply chains. Specifically, the firm said it is on track to meet a target to ensure no waste goes to landfill by 2020. Similarly, the company predicted its 2020 goal of ensuring all its sugarcane-derived products are made using sustainably sourced sugarcane that will be met by the end of this year. In addition, the report revealed 79 per cent of Bacardi’s global direct suppliers and 96 per cent of its global point of sale suppliers had linked to the company through Sedex, a non-profit membership organisation dedicated to driving improvements in responsible and ethical business practices in global supply chains. The company said at the time that the halving of its emissions intensity had delivered cuts in emissions equivalent to taking 15,000 cars off the road each year, reducing oil use by 165,000 barrels annually or installing 18 wind turbines. (Business Green)

A strike led by drivers’ unions in the Indian capital demanding better pay from Uber and Ola has paralyzed the ride-hailing services. Both Uber and Ola faced disruptions, with their apps showing ‘no cars available’. Uber later won an injunction in the Delhi High Court against two taxi unions that backed the strike to prevent what the company described as intimidation of its so-called driver partners, most of whom are private car owners and are not unionized. The court order restrained the unions from stopping Uber drivers, removing devices from their cars or otherwise hampering them, according to a copy of the ruling the company released to Reuters. Strike leaders earlier said that they were demanding an increase in incentives, provision of adequate insurance policies and shorter working hours for drivers. Delhi’s Transport Minister Satyendar Jain ordered an increase in the frequency of bus services to help commuters get to work and plans to meet striking drivers today. “I am going to hear all the sides and then we will set new rules soon,” he told Reuters. (Reuters)

The head of Theresa May’s inquiry into the way millions of people work has said there is evidence businesses are using self-employment laws to avoid tax. Matthew Taylor, head of the Royal Society for the Encouragement of Arts, Manufactures and Commerce, said a complicated tax system and lack of clarity on the law meant that employers and employees often clashed. His comments come on the day a report by the Trades Union Congress (TUC) says the tax hit from the growth of “insecure work” could be as high as £4bn ($5bn) a year, which represented nearly a quarter of the social care budget spent in England. Research from The Institute for Fiscal Studies revealed last week that a permanently employed person pays an effective rate of tax of 31% on their income. That falls to 22% for self-employed people, who pay lower levels of national insurance. The first announcement on any major policy changes could come as soon as the Budget on 8 March. Mr Taylor said that most people involved in new ways of working “choose and like” flexible jobs and zero hours, but some employees may face exploitation. (BBC)

The dangers of rampant e-waste for environmental and human health are significant, but a new partnership announced last week marks an important step towards progress. The world’s largest automotive battery manufacturer Johnson Controls has joined forces with Aqua Metals to change the way lead-acid batteries are recycled globally. Johnson controls is set to employ a new technology that recycles spent lead-acid batteries through a water-based, fundamentally non-polluting process. This is a huge shakeup considering current lead-acid battery recycling processes involve significant pollutants. The AquaRefining process, which Aqua Metals says is non-polluting, uses a water-based, room-temperature process to produce lead. The company expects its AquaRefining systems to allow the lead-acid battery industry to simultaneously reduce negative environmental impacts and increase production to meet rapidly growing demand. “Agreements like this are a part of our continuing strategy to invest in clean technologies, building on our commitment to create a more sustainable and environmentally responsible industry,” said Joe Walicki, President of Johnson Controls Power Solutions. (Sustainable Brands)