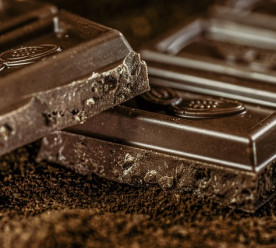 Cadbury is pulling out of the Fairtrade scheme, after seven years of giving some of its best-known chocolate treats the ethical stamp of approval. Cadbury’s owner Mondelez will extend its own cocoa sustainability programme, Cocoa Life, to all Cadbury products, although Fairtrade’s logo will remain on packages as a “partner”. Fairtrade will be responsible for monitoring the progress of the Cocoa Life programme, and Cadbury has agreed that farmers should not be worse off under the new scheme. Mondelez said the move was a “groundbreaking commitment”, but the decision has received criticism for potentially confusing consumers.

The Fairtrade Foundation has welcomed the move, saying it will involve five times as much chocolate as the Cadbury-Fairtrade programme did. But analysts argue Cadbury’s decision to go it alone could undermine the weight of the Fairtrade brand and allow companies to weaken their commitment to ethical trade. Nestlé and Barry Callebaut also have their own company schemes, Cocoa Plan and Cocoa Horizons. “If every company has their own mark it will be extremely difficult for consumers to determine which mark represents the best, independently verified standard,” said Anna Taylor OBE, executive director of the Food Foundation think-tank. (Independent; Financial Times*)

UK Prime Minister Theresa May is to promise a crackdown on boardroom excess at large, privately-owned businesses, in the wake of scandals at Sports Direct and BHS. May has already said she does not intend to force companies to directly appoint workers or consumer representatives on to their boards. The proposals could raise the idea of publishing pay ratios, and potentially a new code of practice for private firms. The shadow business secretary, Clive Lewis, said the proposals offered “tokenism” rather than substantive change: “The real test has to be whether these proposals would have saved jobs and pensions at BHS or prevented the gross mistreatment of staff at Sports Direct… Anything that falls short of doing that is just not good enough.”  (Guardian)

Construction firm Laing O’ Rourke has launched a 10 point plan for government and industry, aimed at closing the skills gap in the UK construction and engineering sector. The company says the sector is facing a severe shortage of skills, jeopardising the government’s ability to deliver its industrial strategy and boost UK productivity and growth. A growth forecast by Infrastructure UK estimates demand for an additional 250,000 jobs in construction and over 150,000 engineering construction workers by 2020. Laing O’Rourke proposes a number of measures, including increasing the flexibility of the government’s planned Apprenticeship Levy, fostering a collaboration between industry and government to improve careers advice, and launching an industry-wide commitment to diversity. (Laing O’Rourke)

Top carmakers in Germany have agreed to jointly invest in thousands of ultra-fast charging sites across Europe to boost mainstream acceptance of electric cars. Volkswagen, its Audi and Porsche luxury brands, BMW, Daimler and Ford‘s European division are planning a joint venture to fund the setting-up of charging sites starting next year, the six carmakers said in a joint statement. They want to create about 400 charging sites in a first step and, by 2020 ensure that customers have access to thousands of charging points. Executives across the industry predict electric cars will become increasingly popular thanks to advances that will make batteries cheaper and more powerful. (Reuters)