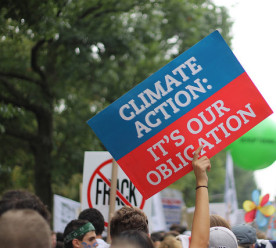 From Spain to the UK and Turkey, support for populist and nationalist movements is on the rise. While the reasons are complex, corruption can be seen as a key factor, both through the failure of governments to properly address corruption, and their complicity in corrupt or clientelist schemes. A new report from anti-corruption NGO, Transparency International, found that one in three citizens in the regions surveyed think corruption is one of the biggest problems facing their country. This figure rises to two-thirds in Moldova, Spain and Kosovo. People are also highly dissatisfied with the way governments are tackling the corruption risk. Bribery is a far too common experience for many households in the region. On average, one in six households paid a bribe for access to public services. Although few households paid bribes when coming into contact with public services in EU member states, rates were significantly higher in Eastern Europe and Asia. (Transparency International)

Over 360 businesses urge President-elect Trump to back Paris Agreement

Over 360 businesses and investment firms have united in a call for US leaders to build on the country’s climate commitments. The group includes companies such as DuPont, Gap, General Mills, HP, Hilton, Kellogg, Levi Strauss, NIKE, Mars, Schneider Electric, Starbucks and Unilever. Their joint statement stresses that meeting the goals of the Paris Agreement will deliver significant commercial, economic and environmental benefits. It forms the latest front in a wide-ranging effort to encourage Trump to re-think his opposition to the Paris Agreement and the Obama administration’s domestic climate policies. The statement commits the signatories to build on their own efforts to cut greenhouse gas emissions and bolster their climate resilience, while also calling on US politicians to retain existing low carbon policies, invest in the low carbon economy, and provide policy certainty by continuing US participation in the Paris Agreement. (Business Green)

In the annual “state of the nation” report, the government’s social mobility commission found that “Britain has a deep social mobility problem which is getting worse for an entire generation of young people”. According to the commission, those born in the 1980s are the first cohort since the Second World War to not start their careers with higher incomes than their parents and immediate predecessors. Among the specific proposals, the commission called for teachers to be paid a minimum of £25,000 starting salary working outside of London, and a £5,000 bonus for those willing to work in the most deprived areas. The report concluded that expectations earlier in the 20th century that each generation would be better off than the last have not been realised, thanks to barriers to social mobility including an “unfair” education system, unaffordable housing and a labour market divided between a prosperous middle class and those below on low-paid, insecure employment. (Guardian)

Spanish clean energy firm,  Acciona Energía, has connected the 246MW El Romero solar plant in Atacama Desert, Chile, to the county’s Interconnected Central System (SIC), becoming the largest in Latin America. The US$343 million El Romero Solar plant features 776,000 solar panels, spread across 280 hectares in the Vallenar municipality to the north of Santiago. In addition to reducing CO2 emission of approximately 485,000 tons per year, the plant is designed to generate 505GWh of clean energy per year, meeting power needs of 245,000 Chilean homes. The project is expected to contribute to the company’s effort to supply 600GWh of renewable power to distribution concession holders in the SIC from 2018. (Santiago Times)

According to a recent lobby meeting analysis, the EU Climate Commissioner, Miguel Arias Cañete, and the Vice President for the Energy Union, Maroš Šefčovič, have overwhelmingly met with corporate lobbyists, not public interest groups. The analysis reveals their particularly close relationship to lobbyists representing the fossil fuel industry. As the final days of COP22 approach campaign groups including Corporate Europe Observatory, Corporate Accountability International, 350.org and AITEC have published further evidence of the close relationship between policy makers and big polluters in the EU. Central findings of the analysis show that more than three-quarters of all lobby meetings Cañete and Šefčovič had in the past two years were with business representatives. In those meetings, BP, Shell and Statoil were among the ten businesses which the commission officials met most frequently and the top five oil and gas companies declared lobby spending of up to €19 million to influence EU decision-makers. (Blue & Green Tomorrow)