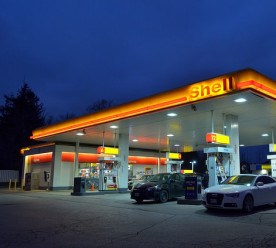 The Paris Climate Change Agreement has come into force today, following its ratification by the required threshold of countries. Its early entry into force is a clear signal that countries are increasingly devoted to decisive global action on climate change. But the timetable is pressing because globally greenhouse gas emissions which drive climate change and its impacts are not yet falling. A new survey conducted by the Confederation of British Industry has found that 83 percent of businesses are not confident in the UK’s ability to meet the requirements of the Paris Agreement. Next week’s COP 22 climate change conference in Marrakech will need to accelerate work on the Paris rulebook, including a definable pathway for developed countries to materialise the flow of US$100 billion per year promised by 2020 in support of climate action by developing ones. (Eco-Business; Business Green)

British labour activist, Andy Hall, who accused a Thai fruit company of abusing migrant workers, has been cleared of a criminal defamation charge by Thailand’s highest court. He has been caught up in the country’s legal system since 2013, when he contributed to a report by Finnwatch that accused Natural Fruit of violating the rights of migrant workers from Myanmar. A separate conviction against the activist still stands, and Mr Hall said that he planned to appeal and sue Natural Fruit, as well as Thailand’s attorney general and others. Rights groups and Western governments have accused Thailand of failing to prevent widespread abuses of migrant workers, including forced labour. (New York Times)

Royal Dutch Shell thinks demand for oil could peak in as little as five years, a rare statement in an industry that commonly forecasts decades of growth. “We’ve long been of the opinion that demand will peak before supply,” Chief Financial Officer Simon Henry said on a conference call on Tuesday. “And that peak may be somewhere between 5 and 15 years hence, and it will be driven by efficiency and substitution, more than offsetting the new demand for transport.” Shell’s view puts it at odds with some of its biggest competitors. Exxon Mobil said this year that “global demand for oil and other liquids is projected to rise by about 20 percent from 2014 to 2040” and Saudi Arabia predicts demand will continue to grow, boosted by consumption in emerging markets. Shell will be in business for “many decades to come” because it is focusing more on natural gas and expanding its new-energy businesses including biofuels and hydrogen, Henry added. (Bloomberg)

The inventor Sir James Dyson is to put his money into helping to bridge Britain’s chronic skills gap with the launch of a new university. He is putting £15 million over the next five years into the Dyson Institute of Technology as he looks to double his engineering workforce to 6,000 by 2020. He said the private sector had a duty to help plug the engineering skills gap because the UK needed 10 times as many engineers as it did 10 years ago. The Dyson Institute of Technology will take its first 25 students in September next year. Students will not pay any fees, be handed a salary and work alongside Dyson engineers on upcoming products. The degrees will initially be awarded by Warwick University, with Dyson applying for powers from the Department of Education to create a fully-fledged university. (Guardian)