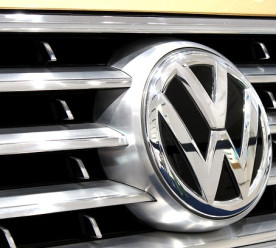 Delegates at a World Health Organization conference on controlling tobacco with ties to the business could be refused credentials and ejected, according to an internal note. The proposal, if adopted by the full Framework Convention on Tobacco Control at the conference in India, could affect delegates sent by countries like China and Vietnam, where governments own cigarette companies or promote tobacco-growing. The proposed restriction highlights a growing battle between the industry and backers of the treaty, which went into effect in 2005 to guide national laws and policies in an effort to curb tobacco use. The International Tobacco Growers Association, a nonprofit group partly funded by cigarette companies, said the proposal was “beyond the wildest imagination”. (Reuters)

Volkswagen parts ways with the historian who chronicled its Nazi past

Volkswagen (VW) has been struggling for a year to repair the damage caused by a scandal over its cover-up of diesel emissions, and now historians are accusing the company of reverting to secretive ways on a different subject: the Nazi past of German automakers. Over the past 18 years, Volkswagen became something of a pioneer in revealing the company’s employment of thousands of forced labourers during World War II. But it has now parted ways with the company historian who helped make that possible. An open letter signed by 75 prominent German academics accuses Volkswagen of a vindictive punishment, and expresses doubt that the company will continue to pursue other inquiries into its past, in particular over allegations of collaboration with the military leaders of Brazil in the 1970s. (New York Times)

A new analysis from the Business & Human Rights Resource Centre reveals the organisation has received 115 allegations of human rights abuse regarding renewable companies since 2005, 94 of which took place since 2010. 34 of the 50 companies examined have some commitment to consult with local communities, but the majority do not refer to issues such as indigenous peoples’ right to free, prior & informed consent (FPIC). Three out of the five companies that have FPIC commitments in place have faced challenges about this commitment on the ground. The organisation says that while a fast transition to renewable energy is essential, it will be neither fair nor sustainable unless human rights considerations are at its core. (Business & Human Rights Resource Centre)

76 percent of millennials in the US consider a company’s social and environmental commitments when deciding where to work, and nearly 64 percent won’t take a job if a potential employer doesn’t have strong corporate social responsibility practices, according to a Cone Communications study. The study reveals that engagement around CSR is a business imperative, impacting a company’s ability to appeal to, retain and inspire millennial talent. 75 percent would take a pay cut to work for a responsible company, compared to a 55 percent US average. The millennial generation is nearly twice as likely as the Generation X to believe companies should provide opportunities focused on the social and environmental issues most important to the business. (Sustainable Brands)

A survey conducted by ethical investment specialists Triodos Bank of UK investors has revealed an overwhelming interest in increasing ethical investment options. There is a high support for the introduction of a kitemark-style label to help them identify which financial products operate in a sustainable or ethical way. 63 percent of the UK public backed the idea, and 43 percent said it would make them more likely to buy a financial product, rising to 53 percent of 18- to 24-year-olds. The poll also found that 54 percent of the Great British public is unaware that ethical financial products exist, rising to over 63 percent among millennials. Because of this, the bank is calling on the banking sector to report more effectively as to where they invest people’s money. (Sustainable Brands)