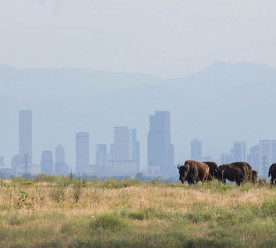 The European Commission has announced plans to overhaul the way in which companies are taxed in the Single Market.  The proposed legislation would subject companies to a single set of rules for calculating their taxable profits. Designed to curb the profit-shifting that has allowed multinationals such as Apple, Starbucks and Amazon to avoid corporation tax, the proposals were launched in 2011 but ran into opposition from Ireland and the UK. The new proposal is split into two parts: the first piece of legislation would introduce new ways of calculating where a company actually makes its money, while the second would put a single member state in charge of collecting and sharing all European taxes due from a particular company. (European Commission; Guardian)

Global wildlife populations have fallen by 58 percent since 1970, the Living Planet Report by the Zoological Society of London and WWF says. It suggests that if the trend continues, the decline could reach two-thirds among vertebrates by 2020. The figures suggest that animals living in lakes, rivers and wetlands are suffering the biggest losses due to human activity, including habitat loss, wildlife trade, pollution and climate change contributed to the declines. While the last report, published in 2014, estimated that the world’s wildlife populations had halved over the last 40 years, this year’s suggests that the trend has continued. The researchers warn that if nothing is done, wildlife populations could fall by 67 percent below 1970 levels by the end of the decade. (BBC)

Expected to be operational by the end of the year, Singapore’s newly-announced floating solar photovoltaic test bed will examine the type of solar cell technology most suited for use in Singapore as well as its environmental impact. Ten different solar energy or PV systems and a variety of flotation devices have been installed for this one-hectare pilot project. The first of its kind in the world, it is the centrepiece of a study led by the Economic Development Board and national water agency PUB, and managed by the Solar Energy Research Institute of Singapore. At the end of the first phase of testing, two of the best-performing PV technologies will be tested on a larger scale during the second phase of the project. (Eco-Business)

UK maternity leave should be extended at cost of £2.1bn, says CBI

Business lobby group Confederation of British Industry (CBI) has called on the UK chancellor Philip Hammond to spend £2.1 billion on extending statutory maternity pay from nine months to a year in order to encourage more women to return to work. The measure is part of an £11.5 billion shopping list of proposals, covering what the CBI calls a “more flexible approach” to Britain’s public finances, with significant spending on infrastructure projects and cuts to business taxes. “The top priority must be to set out a programme that will get our regions firing on all cylinders and supports businesses to innovate, invest and create jobs in the years ahead,” said CBI director general Carolyn Fairbairn. (Guardian)

Thousands of female employees across Iceland walked out of workplaces at 2.38pm on Monday to protest against earning less than men. Iceland is the best country in the world for gender equality, yet women still earn on average 14 to 18 percent less than their male colleagues. According to unions and women’s organisations, this means in every eight hour day women are essentially working without pay from 2.38pm. In eleven years, less than three minutes has been gained annually towards eliminating the gender pay gap. If progress continues at the same rate, it will take 52 years to eliminate the disparity between men and women’s earnings in Iceland entirely. (Independent)