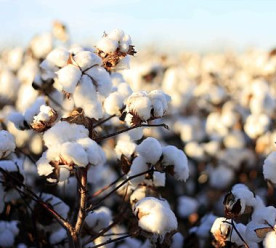 Plans to cut greenhouse gas emissions by big companies represent only a quarter of the amounts needed to limit global warming under targets agreed last year by almost 200 nations, a CDP study shows. About 85 percent of 1,089 major companies analysed on their 2016 CDP submissions have set goals for lowering greenhouse gas emissions. Overall, however, the plans are not enough to match goals set in the 2015 Paris Agreement. Just 94 companies have set long-term goals based on climate science, CDP said. The report accompanies the release of CDP’s latest ‘Climate A List’ of top-scoring companies in the 2016 ranking. Among the 193 companies on the A List are Apple, Diageo, GSK, Japan Tobacco, RELX, Unilever and Union Pacific. (Reuters, CDP)

A coalition of advocacy groups, including Center for Digital Democracy, Campaign for a Commercial-Free Childhood and Public Citizen, is urging the US Federal Trade Commission (FTC) to crack down on so-called “influencer” marketing, in which YouTube and Instagram personalities are paid for using or talking about a product. The advocates said they plan to ask the FTC to take enforcement action against Google, Disney’s Maker Studios and three other companies for what they allege is the “unfair and deceptive practice” of aiming influencer ads at children. The FTC has taken several actions recently to try to bring more transparency to influencer marketing. Earlier this year, department store Lord & Taylor settled FTC charges that it had engaged in deceptive advertising. (Washington Post)

Cotton, the most widely used natural fibre, is considered the world’s dirtiest crop because of its heavy use of pesticides. Over the past nine years, Ikea, Zara-parent Inditex, and H&M, among others, have signed on to the Better Cotton Initiative (BCI), a coalition of farmers, garment makers, and retailers committed to producing and using sustainable cotton at accessible prices. According to Bloomberg, retailers are increasingly turning away from expensive organic cotton, and towards such “sustainable” standards. In 2015, Nike and H&M used more sustainable cotton than organic cotton for the first time. Better Cotton has grown to around 12 percent of global cotton production in 2015, vs. 0.5 percent for organic, according to BCI. (Bloomberg)

China turns to big data to rate companies and citizens

China plans to develop a far-reaching social credit system, based on extensive online monitoring, which it hopes will build a culture of “sincerity” and a “harmonious socialist society” where “keeping trust is glorious.” The ambition is to collect every scrap of information available online about China’s companies and citizens in a single place, and then assign each of them a score based on their political, commercial, social and legal “credit”. A high-level policy document released in September listed the sanctions that could be imposed on any person or company deemed to have fallen short. It follows a pilot scheme, launched in Suining County in 2010, which graded citizens from A to D. Residents protested that this was “society turned upside down,” and it was citizens who should be grading government officials. (Washington Post)

Major multinational aid funding may be cut unless it provides better value for money, the UK’s International Development Secretary Priti Patel has said. She also said that she wanted to use the aid budget to help pave the way for trade deals. Patel is about to publish a review of the big multinational aid organisations that spend money on behalf of the UK, including the World Bank and the European Union, and said she would cut off funding if they did not meet new performance targets. NGOs have previously raised concerns about further “conditionality” being imposed on their spending. “We are a global leader when it comes to international development, we have a strong footprint overseas and it is right that we use that footprint in the national interest,” Patel said. (BBC)