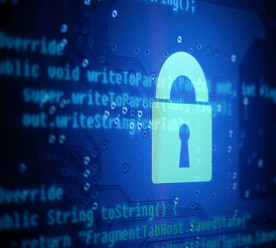 Syrian refugee children have been making clothes for British shoppers, an undercover BBC investigation has found. Panorama investigated factories in Turkey and found children had been working on clothes for Marks and Spencer (M&S), Asos, Zara and Mango. M&S says its inspections have not found a single Syrian refugee working in its supply chain, but Panorama found seven working in one of its main factories. The refugees often earned little more than a pound an hour and were employed through a middleman who paid them in cash on the street. The youngest worker was 15 years old, working more than 12 hours a day ironing clothes before they were shipped to the UK. (BBC)

Most Singapore firms silent on sustainability

Most Singapore companies are still not communicating sustainability, despite the new ‘comply or explain’ requirements introduced by the Singapore Exchange, a study by the National University of Singapore Business School’s Centre for Governance, Institutions and Organisations and Asean CSR Network has found. Of the 502 mainboard-listed companies studied, 186 of them reported that they communicate their sustainability practices to stakeholders, with an average level of disclosure of 43.6 points. This is an increase from 160 companies in 2013 and 79 in 2011. Among the four indicators of quality of disclosures studied, governance was best disclosed and environmental was the least disclosed indicator. (Business Times)

CFA Institute, the global association for investment professionals, is planning to update its 2017 curriculum to include more focus on corporate ethics, risk management and environmental, social, and governance (ESG) issues. The change stems from the institute’s recently-completed annual survey of 2,000 investment managers. The curriculum, used as a basis for exams to obtain the chartered financial analyst credential, has had a “heavy” focus for years on governance, according to Steve Horan, managing director of credentialing for CFA. But members are “telling us loud and clear that investors are demanding ESG, and there’s increasing academic evidence that sustainable companies are better-managed companies and have higher risk-adjusted returns,” he said. (Bloomberg)

Several of London’s largest banks are looking to stockpile bitcoins in order to pay off cyber criminals who threaten to bring down their critical IT systems. The virtual currency is being acquired by blue chip companies in order to pay ransoms, according to a leading IT expert. “Big companies are now starting to worry that an attack is no longer an information security issue, it’s a board and shareholder and customer confidence issue,” said Dr Simon Moores, a former technology ambassador for the UK government. The cost to businesses of an attack can far outweigh paying off the blackmailers: telecoms provider TalkTalk lost 101,000 customers and suffered costs of £60m as a result of a cyberattack last year. (Guardian)

Technology could harness energy from footsteps

A new technology developed by engineers at the University of Wisconsin-Madison and published in the academic journal Nano Energy converts energy from footsteps into usable electricity. When nanofibres are embedded in flooring, they are able to produce static electricity which can then be harnessed to power lights or charge batteries. With wood pulp a common and cheap waste material that is already a common component of flooring, the researchers explain their method is less expensive and more practical than other existing ones. Incorporating the technology in heavily used floors in areas such as hallways, stadiums and malls could produce significant amounts of energy, and potentially for long time periods, they say. (Business Green)