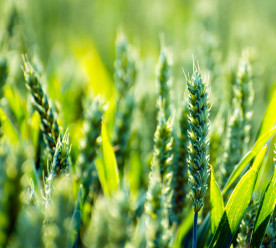 On the purely financial metrics, Amazon’s Jeff Bezos leads all other CEOs – as he did last year. But Amazon’s relatively poor ESG score drags Bezos down to #87 overall. Novo Nordisk benefits from its decision to offer insulin at a steep discount to consumers in developing countries; its transparent and limited political lobbying practices; and its responsible policy on animal testing. “Corporate social responsibility is nothing but maximizing the value of your company over a long period,” says Sørensen. (Harvard Business Review)

Obama: We’ll be debating universal basic income ‘over the next 10 or 20 years’

President Barack Obama has reaffirmed his belief that universal basic income (UBI) will be harder to ignore in the coming decades. UBI is a system of wealth distribution in which the government provides everyone with some money, regardless of income. A growing body of evidence suggests such a system might be necessary if artificial intelligence wipes out jobs performed by humans. “The notion of a 40-hour workweek, a minimum wage, child labour laws, etc. – those will have to be updated for these new realities,” Obama has previously said. Critics say giving people free money that isn’t conditionally attached to work violates the ideal of earning your living. But advocates say the system provides an even stronger American luxury: freedom. (Business Insider)

Two mobile telephone systems, Laborlink and LaborVoices, were launched earlier this year to address labour and human rights abuses in the fashion industry. The systems allow workers to anonymously report signs of human trafficking, delayed wages and child labour via a mobile device. That data is now the foundation of a heat map that pinpoints which factories score moderate, elevated or high risks for use of child labour. LaborVoice’s data reveals that over 5,200 workers dialed into the system to date, reporting at least 500 incidents of child labor. Most of the factories are located around the country’s capital and largest garment-producing region, Dhaka, as well as Chittagong, a city of 2.5 million in Bangladesh’s southeast. (Triple Pundit)

International judges will take evidence from 30 witnesses and “victims” of Monsanto in an attempt by hundreds of grassroots groups to hold the company accountable for what they allege are human rights violations, crimes against humanity, and “ecocide”. High-profile witnesses, including a former UN special rapporteur on the right to food, will give “evidence” alongside Argentine doctors, Mexican beekeepers and toxicologists and scientists from 15 countries. The three-day “peoples’ tribunal”, which will be held in The Hague, will adopt the format of the UN’s international court of justice but will have no standing in law. In an open letter, signed by three Monsanto directors, the company said it would not attend the tribunal because it was “staged and supported by” organic food organisations. (Guardian)

Report: Sustainable agriculture could unlock $2.3 trillion a year from 2030

Introducing sustainable business models across food and agriculture sectors in line with the Sustainable Development Goals (SDGs) could generate 80 million jobs and deliver an annual $2.3 trillion windfall, according to a major new study released by the Business and Sustainable Development Commission (BSDC). The research suggests that an annual investment of $320 billion in would create a sevenfold return by 2030. It claims that tackling the 17 SDGs would unlock 14 major business opportunities for the food and agriculture sector, from micro-irrigation to new farming technology and urban agriculture ventures. However, the researchers warn that the current capital base in 31 leading agriculture funds stands at less than 1.5 per cent of the annual investment needed to capture these growth opportunities. (Business Green)