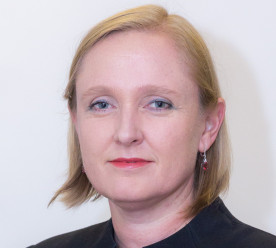 Risk versus fact – lessons being learned from the Thai seafood industry

How can companies untangle human rights risks when facts are thin on the ground? Thai Union sustainable development director, Darian McBain, calls for practical solutions from companies and civil society.

Human rights violations in global supply chains are a corporate, civil society, consumer and media focus. Over the past decade, several raw materials/commodities have come to the forefront of discussions that emerge from responsible (or irresponsible) sourcing and spill over into public ire and debate – palm oil, cocoa, conflict minerals and cotton to name but a few.

Since 2014, Thai seafood has been one of those much debated commodities. The more the debate increases, the harder it is to distinguish risk from fact when managing your supply chain.

There are several factors that often intertwine for a commodity to become a topic of focus. One is the country of origin. Although produced in a number of countries, the commodity is generally identified as having particularly negative impacts when from one particular country. In the case of palm oil, the strongest (and often most negative) association is with Indonesia, for cotton with Uzbekistan, and for seafood the association is now with Thailand.

Rarely are the identified countries the only countries with social issues related to these commodities. Looking at seafood, human trafficking in the seafood industry has been implicated throughout the industry from the Irish fishing industry to Indonesia to Taiwan to Hawaii. And yet, current coverage of modern slavery issues would imply that the seafood industry in Thailand is the only concern. Retailers, consumers and brands are considering not to source from Thailand because it is seen as too high risk, based on the media profile. Is this the right thing to do? Does this improve the situation in Thailand? Is it justified given the implications of slavery in the seafood sector in so many countries throughout the world? What it highlights is the need for fair and equitable information on the risks in supply chains, and model solutions for change.

How do you assess a country risk?

How can an assessment be made of a country/commodity risk profile? Tools exist, but many are too blunt to fully assess risk to a level required for procurement decisions (for example to the vessel/port/processor level in the fishing industry). The Labor Safe Screen, Sweat and Toil app, and the Social Hotspot Database are excellent examples of risk assessment tools based on scientific, published data but that may not have the level of detail required for an in-depth analysis of a company’s supply chains. The high level focus may be adequate for the first point of understanding of risk, but does not respect that different regions within a country can have significant variance on labor conditions such as migration, local regulations, growing conditions and markets. However, the use of a risk assessment tool based on published and evidence-based data is much better than a Google search.

The risks of a migrant workforce

In Thailand, as in many countries, unsafe or illegal migration is one of the key risks for modern slavery, along with human trafficking. An immigrant workforce is not unique to the Thai seafood industry, and nor should migration in itself should be seen as the problem. However, where you have low skilled migrant labour you have a higher risk of worker exploitation, language barriers, a lack of understanding of worker rights, isolation and potentially a lack of grievance mechanisms tailored to the migrant population. A migrant workforce is probably one of the key risk factors for modern slavery. The risks are not necessarily equal across the country or even across industries, and certainly not unique to the Thai seafood sector, but it does bear further research and consideration of the best approach for engagement.

One positive model for engagement is the Leadership Group for Responsible Recruitment from the Institute for Human Rights and Business. They have identified that recruitment fees are a common way for migrant workers to become engaged in forced labour or debt bondage. Rather than advising business to exit a country because migration exists, they ask businesses to adopt an “employer pays” principle to reduce the vulnerability of migrant workers seeking employment. Many other organisations, such as the Issara Institute and Migrant Workers Rights Network in Thailand, also promote an ethical recruitment fee model for businesses.

Migration in itself, whilst certainly being a risk factor for exploitation, should not be used as a proxy for modern slavery and to deem a country too high risk for trade.

There are political pressures often exerted on specific countries due to the government structure and preferred trading partners, which can result in a much stronger focus on some countries than others. The US State Department publishes one of the most respected assessments of conditions of risk of human trafficking through their Trafficking in Persons (TIP) report. The 2016 TIP Report identifies the Thai seafood sector (and others) as a high risk for modern slavery and human trafficking.

The TIP report is produced every year and is the result of extensive research. Although it is based on evidence it is still not without its controversy. In 2015, Malaysia was upgraded from a Tier 3 (the lowest grade) to a Tier 2, whilst evidence was still being found by journalists of human trafficking along a corridor between Myanmar, Thailand and Malaysia, particularly with respect to the Rohingya people. The implications were that this upgrade was due to political pressure rather than true advances in the treatment of people and human rights. This year, the report upgraded Thailand from Tier 3 to Tier 2 in recognition of the work that had taken place between 2015 and 2016, which was also not without some controversy. Therefore, even a government document, based on research, can be potentially misleading when political risk factors are not taken into account.

Whilst the media has been instrumental in revealing some of the worst instances of forced labor and human trafficking in the seafood sector around the world, media reports can also be misleading. This may be due to the strong focus on a particular country or particular company, or the focus on telling an emotional story. In a risk assessment approach, the absence of information in the media should not be taken as an absence of issues but an indication of lack of data.

An example of media bias can be seen in the reporting of the Walk Free Foundation’s Global Slavery Index. The report is another respected tool used to analyse country and sector risk for a wide range of factors including the production of commodities. The 2016 report found that an estimated 48.5 million people are in some form of modern slavery in 167 countries globally. Of that figure, 58% live in five countries – India, China, Pakistan, Bangladesh and Uzbekistan. As an estimate of the proportion of the population in modern slavery, Thailand ranks at 20th in the world. Whilst certainly identifying a significant problem that needs to be addressed as a priority, many media reports gave the Thai seafood sector a disproportionately large coverage and used images of fishing vessels and fish reinforcing the perception that modern slavery is focused in the seafood sector.

The need for critical solutions

If we are to truly understand the social impact risks in global supply chains, we need to move beyond sensationalism and address the current reality, recognising critical problems as well as critical solutions. Sadly, far less coverage is being given to identifying solutions to modern slavery than identifying the problems.

Ultimately, supply chains solutions need to be found, involving consumers, civil society, retailers, brands, manufacturers and producers in the same conversation about priorities and what price we put on equality.