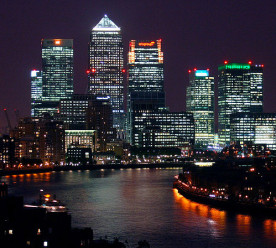 The European Parliament has approved the ratification of the Paris Agreement, meaning the necessary threshold has been reached, and the agreement will enter into force on 4 November. US president Barack Obama, whose administration helped negotiate the agreement, said the world had arrived at a “historic moment”. Seventy-three of 197 parties to the convention have ratified the Paris Agreement, including the US and China, the two biggest greenhouse gas emitters. The deal doesn’t legally require countries to curb emissions or take other steps on climate change, but it does require them to release targets and report emissions. GOP presidential nominee Donald Trump has said he would “cancel” the agreement. But once the deal goes into force, a country must wait three years to announce it intends to pull out, and then wait another year to actually do so. (European Commission; Wall Street Journal*)

A new report from CDP and AECOM concludes that growing numbers of the world’s cities are bringing forward ambitious climate action plans and calling on the private sector to help deliver on them. It assess how urban centres are working to mobilise the $57 trillion of investment that is estimated to be required for low-carbon transport, energy, water, waste and telecommunications infrastructure between now and 2030. The report highlights the huge investment and business opportunities associated with urban efforts to cut carbon emissions and enhance climate resilience. Cities reporting to CDP reported over 1,000 economic opportunities linked to climate change, while 277 cities revealed they are actively seeking private sector involvement on climate-related projects worth $26 billion. (Business Green)

Apple has been named the “biggest corporate tax avoider in the US”, with an offshore cash pile of $215 billion. A new report released by Citizens for Tax Justice and the Institute on Taxation and Economic Policy says the tech giant would otherwise have paid $65 billion in US taxes. According to the report, the 298 Fortune 500 firms reporting offshore profits collectively hold nearly $2.5 trillion of income offshore. This is more than double the offshore income reported in 2009. The top 30 companies – accounting for 66 percent of the total – operated 2,509 tax haven subsidiaries in 2015. The report also highlights Pfizer, with 181 subsidiaries in tax havens and $194 billion held offshore. Pfizer recently attempted a corporate “inversion” through a merger with Dublin-based Allergan, but was blocked by new regulations. (IOL; Daily Mail)

Nearly 69 million new teachers must be recruited and trained in order to achieve global universal primary and secondary education – part of the Sustainable Development Goals – figures from the UN Educational, Scientific and Cultural Organisation (Unesco) show. It is a huge aspiration as around 263 million children worldwide are out of school, according to a Unesco paper published this month. “Well trained teachers are the key to children learning properly,” said Unicef’s deputy executive director, Justin Forsyth. But other socioeconomic and gender factors also affect how long a child stays in school, he said, pointing to issues such as poor sanitation and the absence of doors on toilets as reasons why girls may stop attending school. (Guardian)

Customers of US health insurer UnitedHealth Group claim the company defrauded them by setting up a system that secretly overcharged for prescription drugs. Customers made co-payments far in excess of the costs of actual drugs, sometimes paying $50 for a drug that cost the insurer less than $15. The accusations follow recent scandals over inflated drug prices involving Mylan NV’s EpiPen allergy treatment and Turing Pharmaceuticals’ Daraprim. UnitedHealth’s overcharges were “improper and illegal” since the insurer was already paid to provide prescription drugs through health-insurance premiums, according to the lawsuit. The insurer previously paid about $10 million to settle another overcharging lawsuit in 2000. (Bloomberg)