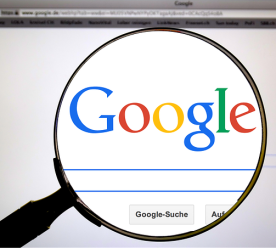 The World Bank has called for a fresh drive to tackle inequality after warning that the gap between rich and poor risks thwarting its ambition of eliminating extreme poverty by 2030. In the first edition of a new annual study,  the Bank says inequality risks undermining its twin goals of reducing poverty from just under 11% of the global population to 3%, and boosting the incomes of the bottom 40% of the population in each country. Amid a growing backlash against globalisation, driven by concerns that the rich have captured the gains of free trade, the Bank said global inequality had declined consistently since 1990. But within individual countries, the improvement has been patchier, with income gaps widening in 34 of the 83 countries monitored since 2008. (Guardian)

Authorities in India have raided mica mines, arrested traders and begun steps to regulate the underground industry, after an exposé revealed a cover-up of child deaths in illegal mica mining. The Thomson Reuters Foundation investigation found evidence of at least seven children being killed since June. But the deaths went unreported as victims’ families and mine operators feared it could end the illegal mining of mica, the only source of income in some of India’s poorest regions. Authorities have begun a crackdown on hundreds of mines, and have so far arrested two people. But campaigners said more action was required to protect the livelihoods of local communities. (Thomson Reuters Foundation)

A group of scientists from the Georgia Institute of Technology (GIT), have unveiled this month a new “hybrid power” fabric that collects solar and kinetic energy to power small electrical devices. The fabric uses two lightweight, low-cost polymer fibres woven to create an energy-producing textile. The first fibre is a micro-cable solar cell that can harvest energy from ambient sunlight. The second is a nano-generator that converts mechanical energy – movement – into electricity. The scientists suggest the fabric could be used to make tents, curtains or items of clothing. Early tests indicate it can withstand “repeated and rigorous use”, but the team now plans to conduct further experiments to prepare it for commercial use in all weather conditions. (Business Green)

H&M and WWF have joined forces on a children’s collection featuring realistic prints of iconic animals at risk such as the tiger, panda, snow leopard, polar bear and the finless porpoise. For every item sold, 10 percent of the sales price will be donated to support WWF’s work in conserving endangered species. The clothes are made with certified organic cotton and follow strict environmental and social criteria. In collaboration with WWF, H&M is also in the process of setting a new climate strategy, with targets released during 2017. (Sustainable Brands)

EU antitrust regulators plan to order Google to stop paying financial incentives to smartphone makers to pre-install Google Search exclusively on their devices, and have warned the company of a large fine. The European Commission accuses the company of using its dominant Android mobile operating system to shut out rivals. The EU competition enforcer said it planned to tell the US technology giant to halt payments or discounts to mobile phone manufacturers in return for pre-installing Google’s Play Store with Google Search. The penalty could be based on revenue generated from AdWords clicks by European users, Google Search product queries, Play Store apps purchases and AdMob’s in-app advertisements. (Reuters)