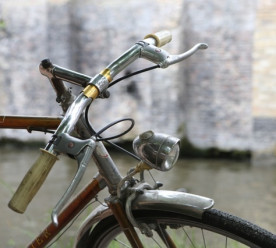 Microsoft will ‘solve’ cancer within 10 years by ‘reprogramming’ diseased cells

Microsoft has vowed to “solve the problem of cancer” within a decade by using ground-breaking computer science. The company has assembled a “small army” of the world’s best biologists, programmers and engineers who are tackling cancer as if it were a bug in a computer system. The researchers are even working on a computer made from DNA which could live inside cells and look for faults in bodily networks, like cancer. The group has already developed software that mimics the healthy behaviour of a cell, so that it can be compared to that of a diseased cell. Microsoft engineers have also developed a programme which can delineate a tumour within minutes, potentially slashing radiotherapy treatment times. (Telegraph)

All 193 United Nations member states are set to sign a declaration agreeing to combat “the biggest threat to modern medicine”. The declaration routes the global response to superbugs along a similar path as the one used to combat climate change. Scientists warned about the threat of antibiotic resistance decades ago, when pharmaceutical companies began the industrial production of medicine. But in the last few years, studies have dramatically increased awareness about antibiotic resistance. Signatories to the UN declaration commit to encouraging innovation in antibiotic development, increasing public awareness of the threat and developing surveillance and regulatory systems on the use and sales of antimicrobial medicine for humans and animals. (Guardian)

Sweden to give tax breaks for repairs

The Swedish government is introducing tax breaks to incentivise repairs and tackle ‘throwaway culture’. The government is set to slash the VAT rate on repairs to bicycles, clothes and shoes from 25 per cent to 12 per cent. It will also propose to allow people to claim back from income tax half of the labour cost on repairs to appliances such as fridges, ovens, dishwashers and washing machines. The incentives are part of a shift in government focus from reducing carbon emissions produced domestically to reducing emissions tied to goods produced elsewhere. Sweden has cut its annual emissions of carbon dioxide by 23 per cent since 1990 and already generates more than half of its electricity from renewable sources. (Guardian)

A far-reaching global trade deal being negotiated in secret could threaten the goals of the Paris climate deal by making it harder for governments to favour clean energy over fossil fuels. The controversial Trade in Services Agreement (Tisa) aims to liberalise trade between the EU and 22 countries across the global services sector. But a new EU text would oblige signatories to work towards “energy neutrality” between renewable energy and fossil fuel power, and legislate against “anti-competitive conduct” and “market distortions” – viewed by campaigners as code for state support for clean power. “Tisa, like the proposed TTIP and Ceta trade agreements, would increase the power of multinationals to prevent governments taking desperately needed measures to decrease CO2 levels,” said Susan Cohen Jehoram, a spokeswoman for Greenpeace. (Guardian)

The US and China, the world’s biggest polluters, have released public assessments of each other’s fossil fuel subsidies. The documents are seen as a big step on transparency, but reveal the long road ahead to reform. The G20 has committed to eliminate “inefficient” subsidies for coal, oil and gas in the medium term, and the G7 has tightened the timeline to 2025. But in the US, many of the needed policies depend on Congress to pass enabling legislation. Since 2010, the Obama administration has put forward 11 proposals to eliminate fossil-fuel subsidies. None have yet passed the house. Meanwhile, China was not even able to estimate the annual cost of six of the nine policies it identified as subsidies, citing a rapidly changing policy environment. (Climate Home)