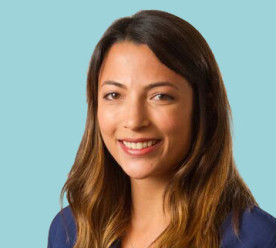 Good working conditions: not just good for employees, but also your bottom line

In recent months, a number of companies have been criticised for providing insecure, low-paid work. Such behaviour harms not just employees but business success, writes Stephanie Caun.

We see these phrases used time and again in CR reporting and communications; but are they core values or corporate jargon? Based on recent evidence, it would seem to be the latter.

A bad year for employees

The past year has seen an unusually high number of stories highlighting that companies don’t value employees as much as they should.

Amazon was among those exposed for its poor treatment of staff. The New York Times released a scathing report that revealed a ruthless, results-driven culture at the global online retailer. The report detailed Amazon’s ‘no mercy’ policy, which led to employees sobbing at their desks or being pushed out after suffering personal tragedies and/or crises. Meanwhile, warehouse workers were alleged to be under pressure to perform like “robots”, leading to physical and mental stress.

Similar reports arose in the UK. Sports Direct, in particular, has faced a long litany of complaints from employees and unions. The company was initially investigated for paying below the minimum wage. This was swiftly followed by a damning parliamentary report that compared conditions in its warehouses to a Victorian workhouse, with employees punished for excessive/long toilet breaks or periods of sickness, and docking pay if employees were a minute late for work.

The most recent controversy came from food delivery company Deliveroo, who introduced a pay scheme for their drivers that the Labour party branded as “a return to Victorian Britain”. The new pay structure meant workers would see their guaranteed hourly rates replaced by payment per delivery. Deliveroo workers held a weeklong protest, arguing that this new pay structure would lead to uncertain and reduced wages.

The list goes on. It is clear that many companies are so focused on maximising profits that they are willing to sacrifice employee welfare. There is evidence, however, that this approach is in fact counter-productive, and that if companies want to increase profits, they should focus on keeping their employees happy.

A critical consideration for business success

As well as being the right thing to do, treating employees fairly and with respect has a clear business case. The link between employee satisfaction and employer profitability is well established. A paper from the Corporate Executive Board summarised the findings of multiple studies in this area:

When you think about it logically, this makes sense. Dissatisfied or unhappy employees tend not to produce good work and will start to look elsewhere. Superior human capital practices can therefore be a leading driver of financial performance.

To give a specific example, a Harvard Business review article examined how Taco Bell looked into its restaurant branches in the US and found that those with the lowest turnover rate enjoyed double the sales and 55% improvement of profit over those stores with the highest turnover rate.

Statistics aside, the message should be clear. Treating employees well is not only a moral duty; but also good for business. Rather than an easily replaceable commodity, employees need to be seen for what they are: a key agent in a business’ success.

Stephanie Caun is a Consultant at Corporate Citizenship.