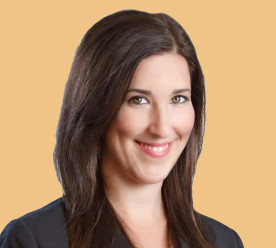 Can a company recover from a major scandal? Linnea Texin asks what can be learned from companies that have weathered reputational storms.

Corporate responsibility (CR) scandals, from Volkswagen’s emissions rigging to Chipotle’s E. coli outbreak, have been headline news recently.  While these controversies attract media attention, one must wonder: Do they have a real impact on the business?  To understand how irresponsible practices affect companies, I looked back over the past few decades to assess the damage of a CR scandal.

One only need point to Nike to realize that there can be real consequences for companies embroiled in CR scandals.

In the 1990s, Nike was accused of systematic, abusive labor practices, from low wages to sweatshops.  The company’s reputation took a hit when it became the target for wide-spread negative press coverage and protests.  In 1994 alone, well-respected publications including Rolling Stone, The Economist, The Boston Globe, and The New York Times released “sweatshop” reports, implicating Nike. Three years later, anti-Nike rallies were planned in 50 US cities and 11 other countries.  By 1998, the company faced real financial consequences: falling stock prices and weak sales. Nike’s chairman and chief executive, Philip H. Knight finally acknowledged: “The Nike product has become synonymous with slave wages, forced overtime and arbitrary abuse.  I truly believe that the American consumer does not want to buy products made in abusive conditions.”

My research indicates the fallout from Nike’s CR scandal is the rule, not the exception.

More than a decade later, BP’s oil drilling rig Deepwater Horizon exploded and spilled oil into the Gulf of Mexico, killing 11 workers, injuring 17, and creating an environmental disaster.  BP incurred significant costs from the 2010 disaster.  In the two months after the spill, its share price dropped by 54%.  The U.S. Environment Protection Agency banned BP from bidding on new federal contracts for two years.  As of April 2016, the company disclosed that its total fees related to the disaster total to $56.4 billion and this number may continue to rise.

Perhaps the most foreboding CR scandal is that of Arthur Anderson, the American audit and accounting firm whose widespread corruption led to its demise.  Arthur Anderson approved Enron’s financial statements, despite the fact that Enron’s reported value was overstated by more than 1 billion dollars.  The ethical crisis came to a head when it was revealed that Anderson employees across multiple offices helped to destroy important documents and e-mails related to Enron’s finances.  In less than a year, the company went from 28,000 employees, to out of business.  In the end, Arthur Anderson paid the ultimate price for its ethical missteps.

It is clear that companies pay significant financial, operational, and reputational penalties for CR scandals.  But can they recover?  Once again we only need to point to Nike, which Reputation Institute named as one of the world’s most reputable companies in 2016.  As of the date of CCB’s publication, Nike’s stock price is more than six times higher than its highest price of $9.36 in the 1990s.

From my research, to bounce back from a CR scandal, companies should take the same steps as Nike did in response to the criticism around its labor practices:

CR issues are increasingly finding their way into the mainstream vernacular.  As such, we can anticipate that the fallout from a CR scandal will only continue to grow.  Companies should stay abreast of its performance on current and emerging CR issues.  If implicated, they should follow in Nike’s well-designed footsteps to sprint towards a full recovery.

Linnea Texin is a Senior Consultant at Corporate Citizenship.