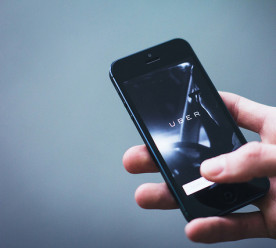 Fortune Magazine has for the second year published its ‘Change the World’ ranking of 50 companies tackling major world problems. Top of the list is pharma company GlaxoSmithKline (GSK), for its drug pricing strategy and local reinvestment programmes in the developing world. Following GSK are Israeli desalination company IDE Technologies, and General Electric, which has to date invested $17 billion in clean tech R&D through its Ecomagination strategy. Fortune’s aim is to identify companies creating “scalable positive change that’s brought about by business investment”, rather than CSR or philanthropy programmes.

The new ranking is markedly different from last year’s – the 2015 leaders Vodafone, Google and Toyota do not appear anywhere in this year’s top 50. But Fortune says the list is a good predictor of business performance, with last year’s publicly-traded constituents having made a 16.6% median return since publication. Fortune says smaller “on the cusp” companies to watch in the years ahead include home-decor company West Elm, recycling firm TerraCycle, and retailer H&M, for its circular economy efforts. (Fortune)

A new survey carried out by GlobeScan for the Fairtrade Foundation has revealed that the vast majority of British consumers believe it is the responsibility of businesses and the government to make food fair. 92 percent of shoppers said food companies should ensure food production is fair and sustainable, whilst 85 percent said they expected the government to take this responsibility. 58% would be willing to pay more if they knew products were delivering a better price and fairer wages, closely followed by environmentally-friendly food production at 53%. “This research shows very clearly that British consumers expect businesses and government to take action to ensure the fairness and long-term sustainability of food production, both here at home and in developing countries,” said Abbie Curtis, Senior Project Manager at GlobeScan. (Blue & Green Tomorrow)

Courier giant Hermes, which has recently came under fire over its self-employed “lifestyle couriers”, is facing allegations that drivers were threatened with losing work when they took time off sick or to care for seriously ill relatives. The company says its drivers’ contracts offer them flexibility to pick the hours they want to work. But drivers allege that the contracts in practice are a cover for exploitation and low pay. One contractor said a manager told him that deliveries were more important than his hospitalised son. In response, a spokesperson for Hermes said it was commonplace for self-employed people to have to find substitutes when they were unable to work, and that the company had set up an internal “marketplace” to help them do so. (BuzzFeed)

A settlement between Uber and some of its drivers has been rejected by a US judge. The $100 million deal had been mutually agreed after legal action on behalf of around 385,000 Uber drivers, who claimed that they should be classed as employees and entitled to expenses. However, a San Francisco judge has ruled that the settlement was “not fair, adequate or reasonable”. Meanwhile, the company has launched a separate legal challenge in London against new rules that require thousands of its drivers to pass a test in English. Transport for London wants all private-hire drivers not from English-speaking countries to prove their language skills from October. But Uber says the new rules will be “bad for both drivers and tech companies”. (BBC 1, 2)

For the first time since a cholera epidemic believed to be imported by United Nations peacekeepers began killing thousands of Haitians nearly six years ago, the office of the Secretary General has acknowledged that the United Nations played a role in the initial outbreak. The acknowledgment represents a significant shift after more than five years of high-level denial of any involvement or responsibility. The statement comes on the heels of a confidential report by law professor Philip Alston, a UN special rapporteur on human rights, who wrote that the United Nations’ Haiti cholera policy was “morally unconscionable, legally indefensible and politically self-defeating”, and accused “key international officials” of ignoring the problem. (New York Times)