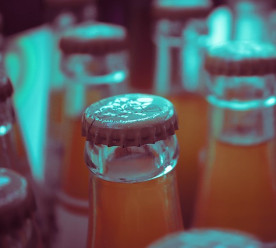 Britain has launched a strategy aimed at curbing childhood obesity, including a tax on sugar-laced soft drinks. But medical experts and campaigners have criticised the strategy for relying too heavily on voluntary action by the food industry, failing to restrict advertising aimed at children, and ignoring price-cutting promotions of junk food in supermarkets. Two former health ministers have heavily criticised the plan, while celebrity chef and campaigner Jamie Oliver called it “underwhelming” because “so much is missing”. The two MPs, Dr Dan Poulter and Norman Lamb, said the strategy fell far short of the government’s promised “gamechanger”.  Gavin Partington, Director General of the British Soft Drinks Association, said the levy was a “punitive tax” that would “cause thousands of job losses and yet fail to have a meaningful impact on levels of obesity”. (Reuters; Guardian 1, 2)

Diplomats working on plans to deliver an Environmental Trade Agreement to remove tariffs on a raft of clean technologies are facing calls to extend the agreement to cover non-tariff measures (NTMs). A report by the UN-accredited World Energy Council argues that between 80 and 90 percent of world trade is impacted by NTMs that impede the flow of goods and services and push up the cost of decarbonisation. It highlights issues such as local content requirements, restrictive taxation rules weak intellectual property protection, complex legal systems, and poorly designed subsidies. Talks over the proposed agreement face significant challenges as standoffs between the US, China and the EU in particular continue to rumble on over tariffs on various clean technologies and allegations of excessive subsidies and dumping. (Business Green)

Environmentalists and indigenous reindeer herders are calling on the Queen, Sir David Attenborough and Stephen Fry to disassociate from Fauna and Flora International. The charity has been contracted by mining company Anglo American to assess the environmental value of a national park in Finland. The research includes an assessment of whether equivalent land could be offered as “compensation” for wetlands damaged by mineral extraction. “I’d like to ask the Queen and those celebrities whether they truly know what they are supporting,” said Jukka Kaaretkoski, a reindeer herder of Sami ancestry from nearby Kersilö. “They may think they are helping nature, or people like us to protect our land, but this work is helping to destroy these things.” (Guardian)

A team of Airbus engineers based out of Silicon Valley is currently working on the development of a new autonomous flying vehicle platform called “Vahana”. It is intended to be both used for cargo transport and passenger transport purposes and is set to begin real-world prototype testing next year. “We believe that global demand for this category of aircraft can support fleets of millions of vehicles worldwide,” stated Rodin Lyasoff, lead Airbus engineer on the project. “Many of the technologies needed, such as batteries, motors and avionics are most of the way there”. Airbus is apparently anticipating high demand for Vahana, which would drive associated costs down, making the technology more economical than it may seem at first. (Clean Technica; Climate Action)