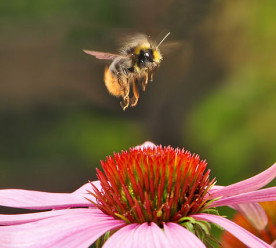 A recent study from the W. P. Carey School of Business at Arizona State University suggests that women continue to face discrimination from shareholders even after they’ve taken the helm. The research has determined that gender plays the biggest role when predicting whether a CEO will be the subject of shareholder activism. Research also indicates that female CEOs are more likely to be forced out of their own companies, with 38 per cent getting the boot compared with 27 per cent of men. Only 5.1 per cent of Fortune 1000 and 4 per cent of Standard and Poor’s 500 companies are led by female CEOs, despite research that has demonstrated how companies with women in the C-suite deliver 34 per cent greater returns to shareholders. While they only represent 5 per cent of Fortune 1000 companies, female CEOs generate 7 per cent of the list’s total revenue. (Fast Company)

Plans set out in a UK consultation document will suggest that tax advisers whose schemes are defeated in the courts might pay a fine of up to 100 per cent of the money lost to the taxpayer. It follows Prime Minister Theresa May’s pledge last month to clamp down on corporate tax avoidance. Firms including PwC, KPMG, Deloitte and Ernst & Young have previously been accused by MPs of helping major corporate clients to minimise tax. Pressure group Tax Justice Network welcomed the legislation but said it would need to be enforced in the courts. The Chartered Institute of Taxation urged caution and said that the real consequences on the industry cannot be assessed until the details are released by the government. (Guardian)

New research by the UK’s Centre for Ecology and Hydrology concludes that neonicotinoids might have cut the presence of wild bees in the British countryside by up to 30 per cent since they became widely used on oilseed rape crops. The research, based on volunteer sightings over 18 years, is important because it covers more species over a longer period than previous studies, many of which were carried out in labs. Agrichemical companies such as Bayer and Syngenta have only grudgingly and gradually accepted there is any evidence of their products having a harmful effect. They contend that other factors, such as weather, parasites and habitat loss are more significant. There are no restrictions as yet in the US, but the EU has taken action, imposing a two-year moratorium on the use of three pesticides. (Financial Times*)

The Roundtable on Sustainable Palm Oil (RSPO) recently revealed it would reverse its suspension of IOI Group, after the palm oil company submitted an action plan for improving sustainability. However, Unilever has announced that it will not reinstate the IOI as a contractor until “tangible progress” is made evident of the group’s desire to implement the new plan. This decision aligns with others such as Nestlé, Kellogg and Hershey’s and Johnson & Johnson, who have refused to amend business relations with the IOI Group. The decision from the RSPO to reinstate IOI was met with controversy and criticism from green groups such as Greenpeace, which questioned the sincerity of the IOI group’s promises. WWF has also waded-in on the debate, calling on businesses to break the link between the use of palm oil in everyday products and deforestation. (Edie)

Consumers are willing to pay more for products that have environmental or social credentials, according to findings from communications agency WE. The survey reveals a strong public affinity towards organisations that can show their ‘brand purpose’, and make a positive impact on society. According to the research, four in ten UK consumers already regard sustainability as important when making a purchase, while the younger generation is more prepared than any other age groups to support ‘better’ products. However, the research follows a survey of shopping habits, published earlier this year, which found that younger shoppers “talked a lot about buying ethical goods, but failed to practice what they preached”. (Blue & Green Tomorrow)