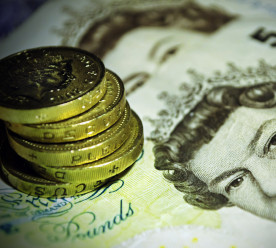 FTSE 100 chief executives’ pay rose by 10% last year to an average of £5.5 million, according to a report by the High Pay Centre, a think tank that campaigns against excessive corporate pay. According to the report, bosses of Britain’s biggest companies were paid 140 times employees’ average wages in 2015. The director of the High Pay Centre, Stefan Stern, said the report highlights there is “no end yet in sight” to the rise of FTSE 100 CEO pay packages. British Prime Minister Theresa May last month said there was “an irrational, unhealthy and growing gap” between the pay of workers and executives. May has called for remuneration votes to become binding and for boards to release more data on pay gaps within their companies. (Financial Times*)

Humanitarian aid group Médecins Sans Frontiéres (MSF) has criticised pharmaceutical companies Pfizer and GSK for not lowering the price of critical vaccines at refugee camps in Greece. Most pharmaceutical companies provide vaccines at a highly reduced rate in developing countries. But this policy does not apply for crises within middle- and higher-income countries, meaning that organisations such as MSF must buy vaccines at local pharmacy prices. MSF has issued an online petition asking the companies to lower pneumonia vaccine prices to $5/dose for all humanitarian organisations, which has been signed by over 400,000 people. In a statement, GSK argues that doing so would mean selling the products at a loss, and says it already donates vaccines to groups such as Save the Children in the case of humanitarian crises. (Triple Pundit)

Scotland’s environment agency has warned the country’s industries and farmers that their waste and inefficiency is now the biggest threat to the environment, overtaking pollution. The Scottish Environment Protection Agency (SEPA)’s chief executive, Terry A’Hearn, said that the organisation has largely won the battle against pollution from onshore sources, describing these as “twentieth-century problems”. “The major threat to the environment now is that humanity is overusing the planet as a resource base,” A’Hearn said. He announced that SEPA plans to identify  companies who have set targets or goals to increase efficiency and cut down waste as “sector champions”, citing work by Lafarge in Northern Ireland to source lower carbon fuel sources. (The Guardian)

Global food and personal products company Unilever has announced it is aiming towards a zero-waste supply chain through a new collaboration platform. Developed in partnership with online community 2degrees, the platform will enable Unilever to share lessons and experiences with a network of partners, said Pier Luigi Sigismondi, chief supply chain officer of Unilever. Last year, the company successfully achieved zero non-hazardous waste to landfill at more than six hundred sites across seventy countries, saving around €200 million. The new collaboration aims to deliver further reductions both for Unilever and for its thousands of suppliers, through a combination of purpose-built technology and expert facilitation. (Eco-Business)

Britain’s Serious Fraud Office (SFO) has opened a criminal investigation into allegations of ‘fraud, bribery and corruption’ in the passenger jet business of Airbus. The French-based aircraft manufacturer issued a statement on Sunday night after having admitted it had failed to notify authorities on the use of third-party agents in deals which it was asking the UK government to cover with financing guarantees. The investigation could last several years and is likely to be exploited by the company’s US rival, Boeing. Britain, alongside Germany and France, who normally provide export credit to Airbus have all suspended financing after the disclosure. (Financial Times*)