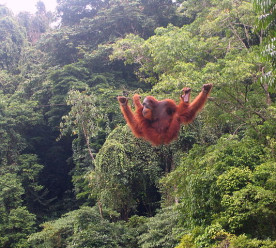 Olympics are a “carnival of junk food marketing”, say campaigners

Campaigners have attacked marketing by sponsors of the Olympic Games in Rio, claiming that companies are once more using the sporting event to promote unhealthy products. Sponsorship of the London Olympics by Coca-Cola and McDonald’s was fiercely criticised four years ago. In Brazil, Team GB is sponsored by Kellogg’s, but many of the breakfast cereals it is promoting are high in sugar, said the Children’s Food Campaign. “Only Aldi supermarket’s advertising campaign, with its focus on British produce, including fresh fruit and vegetables, seems to buck the trend,” said Malcolm Clark, coordinator of the campaign. The campaign has also taken issue with Food and Drink Federation director general, Ian Wright, who said in a recent interview that Coca-Cola and McDonald’s were “among the world’s most responsible companies”, adding that the source of the controversy was “invariably Western and metropolitan”. (Guardian; Campaign)

An unprecedented international effort to stop multinational corporations avoiding tax has offered only a “sticking plaster” solution that will not hold, according to a report published by a UK cross-party parliamentary group. After taking evidence from a range of experts, the group found that G20 nations and others were still falling short. The report pays tribute to the OECD, which spent two years working on reforms, published last year, that were supported by more than 60 countries. However, it calls for further, more radical, reforms, particularly in the face of new tax structures available to internet groups. There are concerns among some international tax reformers that Britain’s exit from the European Union may see it take an even more aggressive approach to tax competition. (Guardian)

The US Chamber of Commerce has filed a lawsuit to block new rules issued by the Obama administration that prevent American corporations from merging with foreign-based companies and moving their headquarters abroad to save on taxes. The latest rules took aim at a planned $152 billion merger of Pfizer with the Ireland-based pharmaceutical company Allergan. The companies scuttled their merger plans shortly after the rules were released. The lawsuit contends that the administration’s actions circumvented both Congress and public comments. Corporate inversions are not a new tactic, but they have increased in recent years, notably in mergers of drug companies as well as big American brands such as Burger King, which merged with Tim Hortons in 2014 and moved to Canada. (New York Times)

In a few years’ time, thousands of driverless taxis may be on Singapore’s roads. Self-driving car start-up nuTonomy is helping the country develop its autonomous vehicle (AV) capabilities and is to become the first in the world to roll out a driverless taxi system. nuTonomy is a spin-off from the Massachusetts Institute of Technology (MIT), set on tackling the “most difficult challenge” in self-driving cars: urban driving. The start-up has received strong governmental support for its aim of helping the city-state move away from a dependence on cars and reduce greenhouse gas emissions. It completed its first driverless test in March, conducted jointly with the Singapore Land Transport Authority and police. (Eco-Business)

An NGO is suing an Indonesian district head for permitting a cement factory to operate in the nationally protected Leuser Ecosystem, one of Southeast Asia’s last great swaths of intact rainforest. The Indonesian Forum for the Environment (Walhi) filed the lawsuit against PT Tripa Semen Aceh, which holds a license to establish a factory and a mine on 2,549 hectares of protected land. Walhi alleges that the license violates a number of laws and ministerial decrees and contends that the company will exacerbate local water problems. “If the cement firm is allowed to operate, the community’s clean water will be lost, drained not just by oil palm plantations but also by the cement plant,” Walhi Aceh advocacy chief Muhammad Nasir said. (Eco-Business)