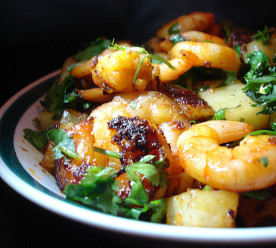 The chairman of advertising agency Saatchi and Saatchi has been put on leave for saying the debate on gender bias in the industry is “all over”. Kevin Roberts said he did not think the lack of women in leadership roles “is a problem” in the advertising industry. “Their ambition is not vertical, it’s this intrinsic, circular ambition to be happy,” he said. “I’m just not worried about it because they are very happy, they’re very successful, and doing great work. I can’t talk about sexual discrimination because we’ve never had that problem, thank goodness,” he added. The head of the company’s parent group, Publicis, said it would not tolerate anyone who did not value inclusion. “Diversity & inclusion are business imperatives on which Publicis Groupe will not negotiate,” it said in a statement. (BBC)

Accountancy firm KPMG has changed its graduate recruitment process, so that applicants find out if they have got a job within two working days. It made the change following research which found that more than one-third of this summer’s new graduates were annoyed by how long the recruitment process took. KPMG chairman Simon Collins said the company felt it had to make the changes to compete with smaller start-up or tech firms, which often offer a faster recruitment process. The move comes in the wake of announcements by several other big firms. Goldman Sachs has scrapped face-to-face interviews on university campuses in a bid to attract a wider range of talent. And last year, Deloitte said it had changed its selection process so recruiters did not know where candidates had gone to school or university. (BBC)

Google chefs to start feeding employees ‘shrimp’ made from algae

Starting in 2017, Google chefs have pledged to start serving employees synthetic shrimp made from algae. Shrimp is the most popular seafood in the US, but is associated with high environmental and human rights impacts. San Francisco-based New Wave Foods has created a shrimp simulacrum from red algae. “New Wave products are high in clean nutrients and deliver a culinary experience consumers expect without the devastating environmental impact of commercial fishing,” the company website explains. Forbes reports that the market for meat substitutes is tracking to surpass $5 billion in the next few years. Even Google tried to buy meat-substitute company Impossible Foods last year, for between $200 and $300 million. (Sfist)

A new decree establishing that any employee in Venezuela can be effectively made to work in the country’s fields as a way to fight the current food crisis is unlawful and effectively amounts to forced labour, Amnesty International has said. The decree establishes that people working in public and private companies can be called upon to join state-sponsored organisations specialised in the production of food. They will be made to work in the new companies temporarily for a minimum of 60 days. “Trying to tackle Venezuela’s severe food shortages by forcing people to work the fields is like trying to fix a broken leg with a band aid,” said Erika Guevara Rosas, Americas Director at Amnesty International. (Amnesty International)

Five UK supermarkets have been warned to take thousands of pots of yogurt off their shelves amid concerns they may contain pieces of rubber. The yogurts, supplied by Yeo Valley but mostly sold under own-brand labels at Asda, Co-operative, Sainsbury’s, Tesco and Waitrose, pose a “possible risk” to health, the Food Standards Agency (FSA) said. On its Twitter page, Yeo Valley told consumers: “We can confirm that no Yeo Valley branded products are affected by the recall only the products that are listed in the FSA product recall notice… You are perfectly safe to continue to enjoy our Yeo Valley branded yogurts.” (BBC, Sky News)