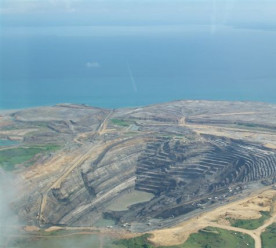 Millennials are set to become the first generation to earn less than their predecessors, new research suggests. Even if millennials’ wages improved rapidly like those of their baby boomer parents, their lifetime earnings would be about £890,000, according to the Resolution Foundation. It also warned that a post-Brexit recession could cut millennials’ earnings even further. The think tank has launched a commission to explore growing inequality between generations. Its research found that some of the pay squeeze was due to under-35s entering the job market as the recession hit, but it also concluded that generational pay progress had ground to a halt even before the financial crisis. Extra spending on rent has also reduced young people’s living standards and made it harder for them to save for a deposit to buy a house, the foundation said. (BBC)

Robot factories could threaten jobs of millions of garment workers

The jobs of nearly 90% of garment and footwear workers in Cambodia and Vietnam are at risk from automated assembly lines – or “sewbots” – according to a new report from the International Labour Organisation (ILO). Sewbots are unlikely to appear in factories in Southeast Asia, where 9 million people depend upon jobs in textiles, garments, and footwear, but will be installed in destination markets like Europe and the US. Adidas has already announced a factory in Germany that will begin manufacturing shoes using robots in 2017. The “Speedfactory” will employ just 160 people. Jae-Hee Chang, co-author of the ILO report, says potential mass unemployment could be avoided if Asean’s garment factories change their current “export-oriented” model and try to supply Asean’s growing middle classes. (Guardian)

Ban Ki-moon’s climate change envoy has accused the UK and Germany of backtracking on the spirit of the Paris climate deal by financing the fossil fuel industry through subsidies. Mary Robinson, the former president of Ireland and UN special envoy on climate change and El Niño, said she had to speak out after Germany promised compensation for coal power and the UK provided tax breaks for oil and gas. “They’ve introduced new tax breaks for oil and gas in 2015 that will cost the UK taxpayer billions between 2015 and 2020, and at the same time they’ve cut support for renewables and for energy efficiency,” she said. Robinson also said that while Germany had made some positive steps such as aiding developing countries on climate change, it was sending mixed messages by introducing new mechanisms that provide payment to power companies. (Guardian)

Climate advocates have called on Philippines president Rodrigo Duterte to ban new coal projects and prioritise the national energy policy review launched by the country’s Climate Change Commission last month. Representatives of local church groups and national climate networks called on the government to stop a proposed 600-megawatt coal plant and to review the existing Renewable Energy (RE) Law. Activists said the Philippines is at a “crossroads”, and called on pro-renewable energy pronouncements from government to be matched by meaningful targets. The government has pledged to reduce its emissions by 70 per cent by 2030, but this pledge is dependent on international climate financing and other support mechanisms. (Eco-business)

Energy efficiency regulations across China and Japan are expected to drive rapid growth in the retrofit market for commercial and public sector buildings over the next decade, according to the conclusion of new research by Navigant Research. The sector is expected to benefit from a growing number of jurisdictions introducing energy efficiency policies in order to bolster energy security and cut greenhouse gas emissions in line with the Paris Agreement. The EU is currently working on an ambitious new energy efficiency directive for the 2020s and Asia Pacific governments are adopting similar policies, with significant legislation expected in China and Japan. “Energy efficiency retrofits will be a key component toward reducing existing energy consumption and reducing the need for new generation,” said Alvin Chen, research analyst with Navigant Research. (Business Green)