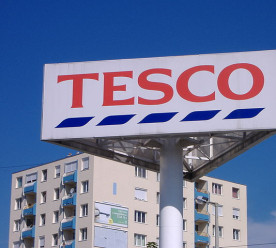 Banks, insurers and asset managers representing half of the UK’s financial services employees have signed up to a scheme that links executive pay to targets for the number of women in senior roles. 72 employers have backed the Women in Finance Charter, which sets no fixed targets, but requires signatories to identify their own goals and report on them regularly. But campaigners said it was disappointing that a number of leading investment banks had failed to sign up. One person close to Morgan Stanley said it had hoped its signing up would encourage others to follow suit. Goldman Sachs said it was “challenging for us to make a regional commitment” while Citigroup said it would work to “align with the charter within the context of our global diversity strategy”. (Financial Times*)

Dying cities can be brought back to life with private sector help, says World Bank

The rejuvenation of large, decaying areas in the fast-growing cities of the developing world cannot be achieved by governments alone and private sector participation is paramount, the World Bank says in a new report. The report looks at eight major cities that have brought new life to abandoned and run-down areas and found most successful regeneration projects do not rely only on public funds. It studied projects to revitalise areas of Ahmedabad, Santiago, Buenos Aires, Johannesburg, Singapore, Seoul, Shanghai and Washington DC. “Participation from the private sector is a critical factor in determining whether a regeneration programme is successful – programmes that create urban areas where citizens can live, work, and thrive,” said Ede Ijjasz-Vasquez, senior director for the World Bank’s Social, Urban, Rural and Resilience Global Practice. (Eco-Business)

Tesco to stop selling caged hens’ eggs by 2025 after petition

Supermarket Tesco is to stop selling eggs from caged hens in the UK by 2025 after a teenager’s petition attracted more than 280,000 signatures. It will follow Sainsbury’s, Marks and Spencer and Aldi in committing to stop selling caged hens’ eggs. The supermarket said its announcement followed a detailed review of its egg-sourcing strategy, which included consultation with suppliers, industry experts and other key stakeholders. At present, 43 per cent of the 1.4 billion eggs Tesco sells each year in the UK come from caged hens. “Our decision on caged hens is one of a number of Tesco initiatives designed to ensure sustainable sourcing, and improve animal welfare,” said Matt Simister, Tesco’s commercial director for fresh food. (Guardian)

The Chinese government is trying to slow down the approval of new coal-fired power plants because of overcapacity, but projects already in the pipeline mean China is on track to add an average of one new coal-fired plant a week until 2020, according to a report released by Greenpeace East Asia. The construction boom would result in about 400 gigawatts of excess capacity and would waste more than $150 billion on building unneeded plants, the report says. As part of its broad climate change policy, China has promised to make 20 percent of its energy renewable by 2030. But representatives of China’s hydropower and wind power industries have complained of the glut of coal power plants. China also used less coal in 2015 compared with 2014, and coal-producing companies have complained of a deepening slump in the industry. (New York Times)