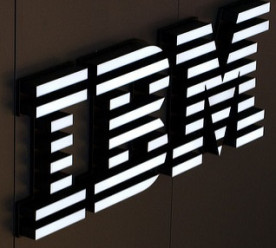 The UK’s next Prime Minister, Theresa May, has vowed to put worker representatives on boards of major companies and to impose stricter limits on executive pay. “We’re going to change that system and we’re going to have not just consumers represented on company boards, but workers as well,” she said. It is argued that having a worker voice on the board can help executive teams prioritise long-term decision making, ahead of short-term financial engineering. “Workers have a clear interest in the long-term success of their companies and deserve a bigger say,” said Trades Union Congress General secretary Frances O’Grady.  May also outlined plans to give shareholders stronger powers to block remuneration packages, making votes binding rather than merely advisory. Her proposals outstrip the current rules that mean companies have to hold a vote on future pay policies every three years. (Personnel Today)

Age, experience and specialty are some of the factors that have been used to explain why women make up about half of medical school graduates yet only 13 percent of medical school department leaders in the USA, and earn less money than men. But even when controlling for these factors, the pay gap persists at public medical schools, a new study published in JAMA Internal Medicine finds. Researchers at Harvard Medical School and Massachusetts General Hospital found that female physicians at 24 public medical schools earned an average of $20,000 a year, or 8 percent less than males. The medical fields with the highest disparities for men and women included orthopedic surgery, obstetrics and gynecology and cardiology. A gap between male and female doctors across a variety of institutions has also been studied, but the JAMA study’s size and specific information about factors that traditionally determine income make it unique. (Bloomberg)

Employers have responded to the UK’s new National Living Wage (NLW) by raising prices or reducing profits rather than cutting jobs, according to a survey from not-for-profit think tank, Resolution Foundation. This report is the first snapshot of how firms have reacted to the NLW after it was introduced in April. 215 of the 500 companies surveyed said that the new NLW had impacted their wage bill. Some 36 percent of those affected by the NLW said they had put up their prices to compensate for the higher wage cost, while 29 percent said they had reduced their profits. The survey also found that only 8 percent had cut paid breaks, overtime or bank holiday pay. Separately, Resolution Foundation warned the UK’s decision to leave the EU would be likely to reshape the landscape in which many low pay sectors operate, creating huge uncertainty about the outlook for earnings over the coming years. (BBC)

New research has revealed that the UK construction industry recognises its long-term duty to the environment, with 75 per cent of companies now operating a low-carbon or carbon reduction strategy. The survey conducted by TomTom Telematics also revealed that 58 percent regularly monitor their carbon footprint, while 51 percent of construction operators claim that their clients require them to record and act on carbon emissions. 74 per cent of respondents claim to favour suppliers that offer low-carbon products or demonstrate green credentials. Nevertheless, 95 percent still believe the industry as a whole could do more to reduce carbon emissions. The UK has singled out the construction industry as a key economic sector to improve material resource efficiency, with the recently launched Built Environment Commitment encouraging the industry to contribute to a more low-carbon, resource efficient built environment. (Edie)

IBM plans to open its first blockchain innovation centre in Singapore – blockchain is the transactional database based on the Bitcoin protocol. The centre will focus on developing trade solutions using blockchain technology to improve the efficiency of multi-party trade finance processes and transactions. Together with the Singapore Economic Development Board (EDB) and the Monetary Authority of Singapore (MAS), the centre will work with government, industries and academia to develop applications and solutions based on blockchain, cybersecurity, and cognitive computing technologies. It will also engage with small to medium enterprises to create new applications and grow new markets in finance and trade. (ZD net)