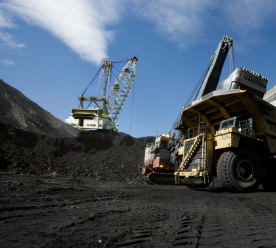 Oxfam: Progress made in Unilever’s labour practices in Vietnam, but significant challenges remain

A new report published by Oxfam finds Unilever‘s overall commitment to labour rights in its Vietnam supply chain has improved over the last three years, but that significant challenges remain. The report follows a previous study in 2013, with Oxfam again given access to Unilever’s staff, operations, data and key suppliers. Evidence of Unilever’s improved commitment to labour rights includes regular dialogue with trade unions at a global level, better sourcing policies, increased trust between workers and management and a commitment to more direct employment in its manufacturing operations. However, the review says there is more to be done, recommending that Unilever steps up its efforts to ensure gender equality in its manufacturing operations and do more to influence the wider system affecting labour rights. (Oxfam)

Elon Musk Twitter rant a ‘case study’ in how not to handle a crisis, experts say

Tesla CEO Elon Musk has been bullish in his defence of his company following the death of a driver using the car’s “autopilot” feature. A company blogpost described the death as a “statistical inevitability”. Later, Musk took to Twitter to attack a “BS article” from a journalist at Fortune magazine. The journalist was asking why Tesla notified authorities immediately of the accident but waited roughly a month – after Tesla and Musk had sold $2 billion of Tesla stock – before going public. “What a CEO should do when there’s a death associated with one of his company’s products is respond, first and foremost, with compassion, and then with words that express competence and confidence,” said Jonathan Bernstein, president of Bernstein Crisis Management. “Musk seems to prefer angry defensiveness.” (Guardian)

Deutsche Bank pulls back from deals in coal mining sector

German banking giant Deutsche Bank is pulling back from the embattled coal sector, another sign of the increasing risks for banks that finance industries that contribute to climate change. Last week, six senior members of Deutsche Bank’s metals and mining investment banking team announced their departure – a move that analysts said was linked to the bank’s decision on coal. Following criticism from environmental groups like the Rainforest Action Network, Deutsche Bank has announced it will no longer finance so-called mountaintop removal projects. But it has stopped short of following other large banks, including JPMorgan Chase and Bank of America, which have committed to a broader retreat from coal mining. (New York Times)

Less than a quarter of FTSE 100 boardroom recruits in the six months to March 2016 were women, the lowest level since 2011, according to the Female FTSE Board Report published by Cranfield School of Management. The report charts the progress of the UK government’s efforts to address the gender divide in British business. FTSE 100 companies reached a level of 26% in October – up from 23.5% in March 2015 – but the proportion has not increased since then. FTSE 350 companies remain at just 22%, and female representation dwindles significantly among the most influential executive positions. 15 firms of Britain’s top 350 still have no women on their boards at all. “There are still more [people] called John chairing FTSE 100 boards than there are women,” said Nicky Morgan, minister for women and equalities. (Guardian)

The climate bonds market grew to US$694 billion over the past year, an increase of 16 per cent, with more growth expected as investors respond to the agreement to limit global warming struck in Paris last year. According to the Climate Bond Initiative (CBI)’s latest report, 17 percent of the market ($118 billion) consists of bonds specifically labelled as “green”, while the remainder are unlabelled but linked to low-carbon sectors, particularly transport and energy. The report says that labelling is key to future growth, identifying ongoing appetite from investors who are willing to pay a small “greenium” for labelled bonds. It also highlights the role of institutional investors in growing the market following a number of COP 21 commitments by organisations, companies and financial bodies. (Eco-Business)