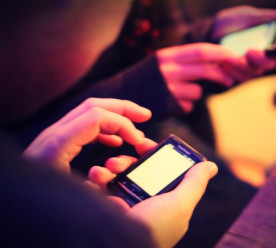 Research agency Vigeo Eiris has published its new Emerging Market 70 Ranking, based on an assessment of environmental, social and governance (ESG) performance of 800 companies across 31 emerging economies. The 70 selected companies are listed in 15 countries, belong to 29 sectors and employ more than 2 million people. Among them are Chile’s Embotelladora Andina, CorpBanca and Vina Concha y Toro, South Korea’s LG Electronics, India’s Tata Motors and Tata Steel, as well as Unilever Indonesia and Nestlé India. The companies’ global scores are the highest of their universe in the fields of human rights, employment practices, environmental protection, corporate governance, business ethics and contributions to social and economic development. (Blue & Green Tomorrow, Vigeo)

The Institute for Transportation and Development Policy (ITDP) has nominated Chilean capital Santiago as the 2017 International Sustainable Transport award winner. ITDP highlighted the metropolitan train system Transantiago, as well as Calle Aillavilú in the city’s downtown area, which has been transformed from a ‘car-congested and unregulated parking lot to a pedestrian-friendly oasis.’ The city has backed up these achievements with new sustainable transport policy changes and education programs. It has managed to increase cycling trips from a negligible 150 per day to over 5,000 per day, with the growing popularity of BikeSantiago, the city’s bike share program. The cities of Windhoek in Namibia and Curitiba in Brazil will also receive honourable mentions for their advances in sustainable transport. (Public Now & ITDP)

Charities and activists have criticised the draft of India’s first anti-human trafficking law as a “disaster”. The Trafficking of Persons bill seeks to unify India’s existing anti-trafficking laws, prioritise survivors’ needs and provide for special courts to expedite cases. “The new law will only create confusion among those working on the ground because it doesn’t list out all trafficking offences, and does not take into account existing legislations,” said P.M. Nair, chair professor at the Tata Institute of Social Sciences in Mumbai. South Asia, with India at its centre, is the fastest-growing and the second-largest region for human trafficking after East Asia, according to the UN Office for Drugs and Crime. (Eco-Business)

In the next few weeks, the world’s cheapest smartphone will meet the world’s fastest-growing smartphone market. An Indian company called Ringing Bells is set to start shipping the Freedom 251, at the price of less than $4. While global brands Samsung and Lenovo sell devices for less than $100, the $4 smartphone is stirring controversy in a country where Apple has been unable to make a dent. Ringing Bells plans to recoup the money it loses on the handsets through advertising and marketing deals. But the prototype Freedom 251 presented to the media turned out to be produced by another manufacturer with its logos covered. Thwarted buyers protested outside the company’s headquarters, setting off inquiries by the police and tax officials. “We are concerned and keeping a close watch,” said Pankaj Mahindroo, president of the Indian Cellular Association. (Bloomberg)

Global per capita fish consumption has hit a record high, passing the 20kg per year mark for the first time, United Nations data has shown. The Food and Agriculture Organization (FAO) report said it was the result of improved aquaculture and reduced waste. It added that for the first time on record, people are consuming more farmed fish than wild-caught fish. “This is very significant because fisheries have a very much smaller footprint than other main sources of animal protein,” said Manuel Barange, director of FAO Fisheries and Aquaculture Policy and Resources. However, the report’s authors warn that marine natural resources continue to be overharvested at unsustainable levels. (BBC)