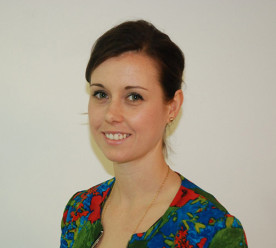 Posted in: Speaking Out, Strategy, Waste

Food waste is not just a shared responsibility for producers and retailers, but a significant business opportunity, writes Kathryn Thomas.

There is a startling disconnect in the developed world today. Downward pressure on wages, cuts to benefits and public services and sluggish economic growth have all led to more people facing poverty, hunger and relying on foodbanks as a source of emergency supplies than ever before. At the same time, we have hyper-consumerism, cheaply produced goods and supermarkets refusing to accept ‘misshapen’ products. This means that we are disposing of massive amounts of food before its ‘best by date’ – a throw-away culture of waste in extreme measures. It seems senseless that people are going hungry when food that has taken precious resources to produce, has impacted climate change, and is perfectly palatable is being thrown on the rubbish heap.

So how can this disconnect be addressed? This article looks at what our governments are doing to tackle the problem, the role which retailers have to play and the opportunities associated with donating food and how communities are mobilising around the issue. And argues that a collaborative approach may be the surest way to bridge the gap between need and plenty when it comes to food.

The facts about food

Let’s look at the scale of the problem before coming to solutions. In Europe it is estimated that 122 million people are at risk of food poverty and social exclusion; that’s 24% of Europe’s entire population.  According to the Trussell Trust, in the UK there has been a 19% increase annually in the use of food banks. Last year the Trust provided over a million three day emergency food supplies to people living below the poverty line – a shocking rise from just 41,000 five years ago.

The picture is looking similar across the Atlantic, with 1 in 7 of the US population regularly relying on food banks and soup kitchens. Feeding America coordinates 200 food banks to reach 46.5 million people. In Canada, 13% live in food poverty, with around 850,000 people turning to food banks for help on a monthly basis. Similarly, in Australia, each year 2 million people rely on food relief. Those are statistics that should make everyone working in the business of food sit up and take notice. It’s surprising that so many people are relying on donations of food and volunteers in order to ensure that they don’t go hungry, and this status quo doesn’t look to be changing anytime soon.

The other side of the story is that perfectly fine food is thrown away on a daily basis. It is estimated that around 88 million tonnes of food is wasted annually in the EU. Globally, about one third of all food produced for human consumption is lost or wasted. According to UK charity WRAP, Britain’s grocery retailers and supply chain operators are missing out on a £300 million windfall by failing to tackle food waste issues. Wastage occurs throughout the value chain, from agricultural production, packaging and processing through to household consumption. But it’s at the retailer end that the most promising opportunities for collaboration may lie.

Earlier in the year, a law passed unanimously by the French senate came into effect, banning large shops from binning good quality food which is approaching its best-before date. It will ensure that all unwanted food is donated to charities and food banks. A breach of this law could result in a fine of €3,750. The new legislation was a result of a grassroots campaign in France by anti-poverty campaigners and shoppers, showing how mobilising public opinion can directly impact on legislation.

Hot on France’s heels is Italy, which is set to pass a similar bill. Instead of fining businesses, Italy is aims to encourage food donations by giving reductions in rubbish taxes aligned with the amount of food donated. This is good news for the food banks. The logical next step would be for France and Italy to lobby for the rules to be extended across the EU (although the future of any European laws being implemented in the UK is now uncertain).  Laws also exist in the US to encourage food donation through tax deductions, although arguably they don’t compel businesses to donate food the way that the French legislation does.

So governments are waking up to the issue. Pressure is mounting. But many businesses have an opportunity to lead on this agenda – rather than simply waiting for laws to change.

Voluntary donations from retailers to date have been a bit of a mixed bag. Almost all UK grocers are members of WRAP’s Courtauld Commitment 2025, which commits the industry to cutting the resource needed to provide food and drink by one-fifth over ten years. But Tesco remains the only UK retailer to publish transparent data about food waste from its own operations.

Walmart’s UK subsidiary, Asda, for example, used to have permanent collection points for food banks in its stores. These were removed in February 2016 after Asda announced it was changing its policy on food donations. This resulted in a public backlash and the successful lobbying for the food banks to be reinstated. Again, consumer and campaigner pressure of food waste appears to have contributed to change.

Meanwhile, Tesco has partnered with the Trussell Trust and from the 30 June to 2 July 2016 will have food collections points in all stores as part of its ‘Help feed the neighbourhood’ campaign.  Similarly in the US, Starbucks recently announced that it will donate all unsold food from 7,600 US stores to food banks and charities.

The business case for all this is that donating food is an excellent story to tell stakeholders; it can be highlighted in sustainability reporting. But as well as reputation, there are additional benefits such as reducing the costs associated with waste disposal and forming positive partnerships with local charities and organisations.

Movement can also be seen in grassroots organisations. As a university student in London I worked with an organisation called FoodCycle, where students would meet on a Sunday, collect unwanted food from London markets and make nutritious meals for socially isolated and vulnerable community members. FoodCycle now has 29 projects across the UK. Another community example can be seen in Brixton, London, where a group of residents, activists and traders are setting up ‘The People’s Fridge’. The idea is that the fridge is public and open to those who are able to donate spare food, and those in need can take the food donations.

These types of initiatives demonstrate that food poverty affects a wide spectrum of society, and that consumers are reacting with their own solutions. Again there is an opportunity here for retailers to engage their customers through actively collaborating with local organisations and forming partnerships.

Undoubtedly, food poverty and food waste are a contradiction which is hard to fathom. The good news is that this is a space where action can be taken to ensure that food goes directly to those most in need instead of being wasted. We don’t need to wait for our governments. As the examples above show, lobbying by consumers can help move things along. More importantly, bridging the divide between waste and plenty is a real opportunity for retailers. We need more collaboration between business, non-profits and consumers to solve this real, pressing social challenge in a material area. By working together, we can help to make food poverty and food waste a thing of the past.

Kathryn Thomas is a Consultant at Corporate Citizenship.