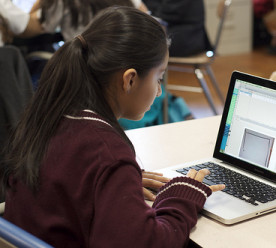 Pierre Moscovici, EU commissioner for economic and financial affairs, taxation and customs, has announced a further clampdown on offshore tax avoidance and shell companies in response to the Panama Papers. The European Commission wants tax authorities to be able to identify the real owners of offshore funds in an attempt to stop individuals and companies avoiding tax by hiding money and assets in opaque companies and offshore trusts. The EU executive has also promised a robust new law to clamp down on lawyers and tax advisers helping clients stash money in offshore islands, although details remain unknown. In addition to strengthening transparency, the commission has promised to clamp down on lawyers and tax advisers who come up with elaborate tax avoidance schemes. Moscovici promised to publish “robust EU rules to hold tax advisers to account” before his mandate ends in 2019, with a public consultation to start “as soon as possible”. (Guardian)

The United Nations Human Rights Council has passed a resolution for the “promotion, protection, and enjoyment of human rights on the internet”, which condemns any country that intentionally disrupts the internet access of its citizens. The resolution stresses that “the same rights that people have offline must also be protected online” particularly with regards to the freedom of expression already protected by the Universal Declaration of Human Rights and the International Covenant on Civil and Political Rights. Though it was passed by consensus, the resolution was opposed by a small number of countries including Russia and China. While such resolutions are usually not legally binding, they put pressure on governments. The UN deciding to condemn internet shutdowns is particularly significant given an increasing number of countries using this as a method of controlling citizens. (Independent)

Apple will give US users the ability to sign up as organ donors on their iPhones as part of its upcoming software update. Tim Cook, the CEO, says he hopes the easy sign-up button in the Health app will help ease a longstanding donor shortage in the US. The company is adding the new feature to its Health app, and will let users sign up to become organ, eye, and tissue donors “with just a few taps.” Registrations submitted on the iPhone will be sent straight to the National Donate Life Registry. Apple is not the only technology company that has pledged to aid in driving organ donor registration. Facebook, Google and Twitter have also pledged support to develop new tools and public advocacy campaigns. (Guardian; The Verge)

MasterCard faces a multi-billion pound lawsuit for imposing card charges that were ultimately borne by UK consumers in what is set to be one of Britain’s first US-style class action cases. The landmark lawsuit will be one of the first brought under the Consumer Rights Act 2015, which enables consumers to bring collective damages claims on behalf of individuals who have suffered losses in competition cases. The claim is based on a long running legal battle between MasterCard and the European Commission over charges on the use of MasterCard debit and credit cards — known as interchange fees. In 2014, MasterCard was found to have infringed EU law by imposing interchange fees on cross-border card transactions.  Law firm Quinn Emanuel alleges that the fees were a significant cost for retailers. This cost was then passed on to consumers in the form of higher prices for goods and services. The lawsuit claims that UK consumers have lost as much as £19 billion as a result of the fees. (Financial Times*)

Shell is preparing to seek an exemption from offshore oil and gas decommissioning rules that would allow it to leave a series of giant concrete and steel structures in the North Sea, prompting fresh calls from campaigners for the oil industry to step up its clean-up efforts. The oil and gas giant will apply for an exemption from the ‘leave no trace’ Ospar regulations, which require companies to remove all offshore infrastructure. Exemptions to the rule can be granted if a developer can show the risks associated with removing a structure are higher than the risks associated with leaving it in the sea. However, WWF, the world’s leading conservation organisation, expressed reservations about the proposed plan, arguing the company could benefit from stepping up investment in identifying new approaches to decommissioning services, a demand for which is likely to rise in the coming years as output from the North Sea declines. “While removing these structures is not without environmental risk, neither is leaving them lying on the seabed to slowly breakdown over hundreds of years,” said Lang Banks, WWF Scotland director. (Business Green)