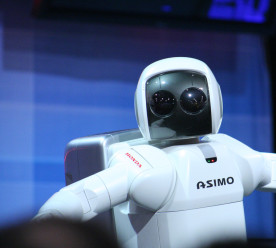 UK Chancellor George Osborne is planning to slash corporation tax to less than 15 percent in an effort to woo business deterred from investing in a post-Brexit Britain. Such a sharp cut in business taxes would take Britain close to the 12.5 percent corporation tax rate in Ireland, and would anger EU finance ministers who fear a race to the bottom. The head of tax at the OECD previously warned that the fallout from Brexit “may push the UK to be even more aggressive in its tax offer” but that further steps in that direction “would really turn the UK into a tax haven type of economy”.  Pascal Lemy, former director general of the World Trade Organisation, said it was “not the right way psychologically to prepare” for negotiations over tax and trade with the EU. (Financial Times*; Independent)

Britain’s decision to leave the EU will force companies that rely on migrant labour to rethink their business models, if it leads to restrictions on low-skilled immigration. For some, robots may be the most likely replacement, according to a new report by the Resolution Foundation, a think-tank focused on living standards. But investment in automation would not necessarily be a bad thing, the think-tank argues. “What the UK needs – with its high employment, terrible productivity performance and low investment – is more robots,” said Adam Corlett, analyst at the Resolution Foundation. The think-tank suggests that new technologies will be crucial to a recovery in UK productivity and pay growth. The report argues that automation does not necessarily threaten overall employment, as new jobs will be created elsewhere. (Financial Times*)

According to a new report by telecoms group BT and audit firm KPMG, only a fifth of IT bosses within major corporations are confident they are fully prepared for a cyber attack, despite 97 percent having experienced an attack of some kind. The report calls on companies to address the “industrialisation of cybercrime”, warning against the danger of overplaying the more high-profile threat of lone hackers. It warns that today’s cybercriminal often works for complex operations akin to businesses, with human resources divisions and budgets for research and development. ” Businesses need to not only defend against cyber-attacks, but also disrupt the criminal organisations that launch those attacks,” said Mark Hughes, BT Security CEO. “They should certainly work closer with law enforcement as well as partners in the cyber security marketplace.” (BT; Guardian)

Google, the world’s largest corporate buyer of clean energy, has struck a new deal to buy 236MW of new wind capacity to power its European data centres. The new capacity will come from two wind farms currently under construction in Norway and Sweden. In both cases, Google has signed long-term price contracts to secure price certainty and help the projects’ developers secure construction financing. “One of our key goals is to enable the addition of new renewable energy generation capacity to the grid, rather than drawing power from existing facilities,” Marc Oman, EU energy lead at Google Global Infrastructure. “And thanks to Europe’s increasingly integrated energy market, we’re able to buy wind energy in Norway and Sweden, and consume it elsewhere in Europe.” (Business Green)

Supermarkets urged to be more transparent about contamination levels in chicken

UK supermarkets have been urged to put greater effort into eliminating a potentially deadly bug present in chicken sold at their stores. Poultry is the major source of campylobacter, which is considered to be responsible for more than 280,000 cases of food poisoning and more than 100 deaths a year in the UK, according to the Food Standard Agency (FSA). UK supermarkets are currently responsible for their own testing and sharing their results with the FSA. But only Marks & Spencer, Morrisons and Tesco currently routinely make these results public. Which?, a consumer watchdog, has written to Sainsbury’s, Asda, Aldi and Lidl, among others, to urge them to take greater responsibility for testing and to make the process more transparent for shoppers. (Independent)