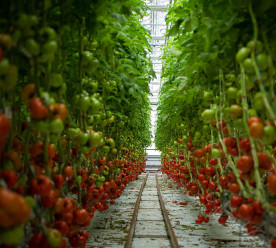 Moody’s Investors Service will use national climate action commitments put forward as part of the Paris Agreement in its analysis of the credit implications of carbon transition risk. In a new report on environmental risks, the influential credit ratings agency said it views the Paris pledges as a plausible central scenario for forecasting in light of current policy commitments and clean technology trends. The report raises the prospect of Moody’s downgrading industries and companies that fail to adequately respond to decarbonisation trends and climate policies. The company said it sees 13 of the industries in its corporate and infrastructure portfolio as being exposed to carbon transition risk, with the agency expecting most to be affected over the next three to five years. (Business Green)

Why millennials are driving the sustainable brand revolution

Millennials are more environmentally and socially conscious than older generations, and if companies want to cash in on their rising purchasing power or retain young workers, they have to step up on this issues, industry experts said at this week’s Sustainable Brands Sydney conference. A recent study by Deloitte found that about 56 per cent of 7,700 millennials from 29 countries had ruled out ever working for a particular organisation because they did not agree with its values. Sally Hill, founder of sustainable events agency Wildwon, added that a company has to prove it is sincere about its efforts because millennials are very perceptive of marketing gimmicks, and quick to reject them. (Eco-Business)

UK Prime Minister David Cameron has been urged to ratify the Paris agreement before leaving office. Labour’s former climate change secretary Ed Miliband said “climate sceptics” might try to derail the deal if they gained positions of power following the EU referendum. The Leave campaign complained that EU renewables targets have pushed up the cost of energy and warned that the UK’s energy security will be reduced if coal plants are shut. They said that if the UK left the EU, domestic energy bills could be cut by removing VAT on home heating and lighting. Mr Miliband said he would support action to scrap “regressive” VAT on bills, but he said a big campaign to insulate homes should be introduced too. (BBC)

Germany has abandoned plans to set out a timetable to exit coal-fired power production and scrapped CO2 emissions reduction goals for individual sectors. An earlier leaked draft of an environment ministry document suggested that Germany should phase out coal-fired power production “well before 2050” as a measure to help Berlin achieve its climate goals. The new version has also deleted specific concrete CO2 emissions savings targets for the energy, industry, transport and agriculture sectors. “Seven months after the successful climate summit in Paris the government is capitulating to the interests of the fossil fuel industry and missing the chance to give the economy a modernisation impulse by presenting clear plans,” said Christoph Bals, policy director at environmental NGO Germanwatch. The draft is due to be debated by the cabinet in September. (Reuters)

Consumer demand for locally grown food and the decreasing price and improved efficiency of LED lighting are driving the creation of more so-called “vertical farm” start-ups. Vertical farming uses no chemical pesticides and far less water and fertilizer than traditional farms, but energy costs can be high. Indoor farming can produce as much as 20 times the amount of food per unit area as conventional outdoor farming, said Gene Giacomelli, the director of the Controlled Environment Agriculture Center. Investment in food and agriculture technology start-ups was $4.6 billion in 2015, nearly double what it was in 2014, according to AgFunder. (New York Times)