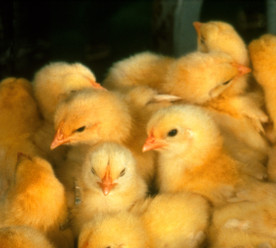 Perdue Foods, one of the US’s largest chicken producers, has announced what animal-rights activists have called unprecedented animal welfare reforms. The private company began working with several animal-rights organisations after Mercy For Animals (MFA) released a video in December showing a contract worker crushing a chicken with his boot and throwing another against a wall. After negotiations with several groups, Perdue has announced what MFA describes as the “most comprehensive animal welfare policy ever adopted by a major chicken producer.” Perdue’s new policies will reduce the suffering of almost 680 million birds on 2,200 farms, according to MFA. By the end of this year, Perdue will install windows in 200 existing poultry houses, and use them to compare the health and activity of the chickens with others in enclosed housing. (Baltimore Sun; Triple Pundit)

The Dow Chemical Company has released its 2015 Sustainability Report. It highlights the successes of Dow’s 2015 goals, and also outlines the company’s 2025 Sustainability Goals and commitment to redefine the role of business at its intersection with society. “Our 2015 Sustainability Goals focused on expanding our efforts into products and solutions that helped our customers and the world to save energy, grow better food, and create clean water supplies without losing sight of our operational footprint,” said Neil C. Hawkins, corporate vice president and chief sustainability officer. “Over the next decade, we will continue to reduce our own operational ‘footprint,’ deliver ever-increasing value to customers and society through our ‘handprint’ of products and solutions and develop and deliver ‘blueprints’ for a sustainable planet and society.” (2degrees)

US, Canada and Mexico pledge 50% of power from clean energy by 2025

Barack Obama, Justin Trudeau and Enrique Peña Nieto will commit to a new regional clean power goal at this week’s “Three Amigos” summit. They will pledge to produce 50% of their countries’ power by 2025 from hydropower, wind, solar and nuclear plants, carbon capture and storage, as well as from energy efficiency measures. The goal is a jump from the current collective clean power levels of about 37 per cent and will require the most work from the United States, which produces about 75 per cent of the three countries’ power. Mexico currently produces less than 20 per cent of its power from clean energy, while 81 per cent of Canada’s electricity already comes from hydroelectric, solar, wind and nuclear power generation. The leaders will also announce new agreements to make it easier and cheaper to trade and transmit clean energy across the continent. (Guardian)

Report: Global solar capacity will triple over next decade

Global solar capacity will almost treble over the next decade, reaching over 271GW of cumulative installed capacity by 2025, according to new research from analysts GlobalData. The report predicts annual growth rates for the solar industry will fall from the 50.1 per cent compound annual growth rateseen over the past decade. However, it predicts the industry will still reach 13.1 per cent through 2025 as China stablishes its position as the world’s largest solar market. “China is a world leader in renewable energy investment, having proved itself a leader in wind power installation, wind turbine manufacturing, and solar PV manufacturing,” said Pavan Vyakaranam, power project manager at GlobalData. Other regions like the US and Canada will enjoy similarly rapid growth as solar costs fall and more governments adopt supportive policy frameworks, he added. (Business Green)