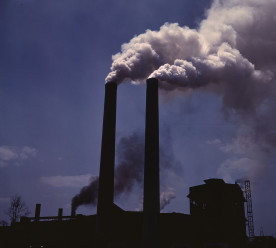 Norway has become the first industrialised nation to formally ratify the Paris Agreement. The move means Norway leapfrogs Hungary and France, which have both formally approved the treaty in their national legislatures but their EU membership means they have to wait until the entire bloc is ready to formally ratify the deal. In order for the Paris Agreement to enter into effect, 55 countries representing at least 55 per cent of global emissions must ratify. Meanwhile, following Britain’s vote to leave the EU, the UK’s future participation in that landmark accord is now in doubt. “There is a risk that this could kick EU ratification of the Paris agreement into the long grass,” said Jonathan Grant, director of sustainability at PwC. As an EU member state, the UK negotiated on key issues as part of the bloc. The UN’s climate chief, Christiana Figueres said in advance of the referendum that Brexit would require a “recalibration” of some kind. (Business Green 1, 2)

The German parliament has approved a law to ban fracking. The move came after oil companies, including Exxon Mobil and Wintershall, this month said they were tired of waiting for a legal framework after years of debate and said they would begin to push ahead to seek licenses for exploration. But green groups slammed the new law, which continues to allow conventional fracking that does not involve extraction from shale if the relevant state governments give permission for it, although only under strict rules and in zones which do not supply water for consumption. “It is not a real ban on fracking what they decided,” Greenpeace campaigner Christoph von Lieven said. (Business Green)

Timberland to launch footwear made from recycled plastic bottles

Timberland has announced a partnership with responsible fabric manufacturer Thread, for a new collection of footwear and bags made from plastic bottles collected in developing countries. Thread provides jobs and income opportunities for nearly 3,600 people in the developing world, including roughly 1,800 bottle collectors, entrepreneurs and manufacturing employees in Haiti, and another 1,800 in Honduras. Beyond income, employees benefit from valuable services such as job training, process improvements and micro-loan programs. “Working together transparently, we’re able to look beyond recycled materials toward the rich social impact consumers care about and the stories that bring beautiful products to life,” said Ian Rosenberger, CEO of Thread. The partnership – the largest to date for Thread – will bear its first fruit in spring 2017. (3BL Media)

ExxonMobil’s deal to secure “the Crown Jewels” of Nigerian oil reserves is under investigation by the country’s Economic and Financial Crimes Commission, according to documents obtained by watchdog group Global Witness. Exxon secured the lucrative oil rights in 2009 despite apparently underbidding its rival bid by $2.25 billion. Revelations about the investigation come at a sensitive moment for the oil industry, as the US Securities and Exchange Commission (SEC) is currently considering a rulemaking under the Dodd-Frank Wall Street Reform and Consumer Protection Act that would require energy companies to disclose specific payments made to foreign governments in order to secure lucrative mining and drilling rights. (Guardian)

The World Energy Outlook released by the International Energy Agency (IEA) says air pollution has become a major public health crisis, leading to around 6.5 million deaths each year. No country is immune, as 80 percent of the population living in cities that monitor pollution levels are breathing air that fails to meet quality standards set by the World Health Organization. Premature deaths from outdoor air pollution are projected to rise from 3 million today to 4.5 million by 2040, concentrated mainly in developing Asia. The IEA identifies contributions the energy sector can make to curbing poor air quality, by tackling unregulated, poorly regulated or inefficient fuel combustion, including the 2.7 billion people worldwide still relying on polluting stoves and fuels for cooking. (New York Times, IEA)