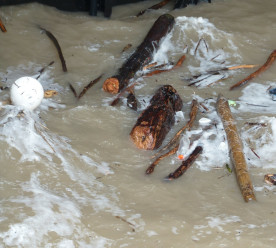 SABMiller reports contribution to SDGs, embedding ‘Prosper’ into the business

SABMiller’s latest Sustainable Development Report provides an update on progress against its sustainable development ambition, Prosper’, and highlights how this contributes to the SDGs. Prosper was launched in 2014 and broadened SABMiller’s focus beyond the direct impact of its own business to driving change across its value chain. The strategy has already generated significant benefits for the business, value chain, communities, and the environment. To date, the company has supported over 175,000 small businesses across its value chain, and saved US$116 million in the year via energy and water savings (compared with 2010). SABMiller has mapped its strategy against the Sustainable Development Goals (SDGs), reporting the contribution it is making to the achievement of  12 of the 17 global goals. (3BLMedia)

The Singapore Exchange (SGX) has announced that the wait for the release of its “comply or explain” sustainability reporting requirements is over. The release of the new requirements comes a week after the announcement of the new SGX Sustainability Indices. The new rules replace the previous voluntary guidelines that were introduced in 2010, and resulted in only a few companies disclosing sustainability information. SGX said that its consultation had met with strong support for the new requirements. Notably though, the Small and Middle Capitalisation Companies Association said that whilst it welcomed the announcement, it also noted that SGX has “softened many requirements… in view of reducing anxiety to small- and middle-capitalisation companies “. (CSR Asia)

Unilever to use ‘less sexist’ ads

Adverts showing women unable to resist the lure of chocolate, slaving in the kitchen and going giggly at the sight of a man will be no more if consumer goods giant Unilever has its way. The company has pledged to remove sexist stereotypes from its ads, following research showing that some 40% of women did not identify with their portrayal in adverts. Unilever spends £6 billion a year on adverts, making it the second-biggest advertiser globally. Chief marketing officer Keith Weed said this gave it a responsibility to push the change “on a broader society level”. Unilever found that women were largely portrayed in a secondary or service role in adverts, with just 3% featuring women in managerial or professional roles. (BBC)

Today a 100m-long barrier will be towed 20km out to sea for a year of sensor-monitored tests, before being scaled up for real-life trials off the Japanese coast at the end of next year. If all goes well, full-scale deployment of a 100km-long version will take place in the “great Pacific garbage patch” between California and Hawaii in 2020. The Dutch government is fully backing the project, which will eventually cost around €300 million. The barrier works by harnessing sea currents to passively funnel trash in surface waters – often just millimetres in diameter – into a V-shaped cone. A fully scaled-up barrier would be the most ambitious ocean cleansing project yet, capturing around half of the plastic soup that circles the Pacific gyre within a decade. (Guardian)