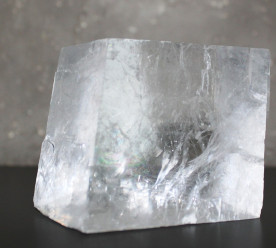 Oil demand to peak in 2030 as energy experts slash forecasts

Global oil demand could peak by the end of the next decade even as global economic growth climbs. The latest downward revision to forecasts, from consulting firm McKinsey, could leave major new investments uneconomic if demand for energy fails to meet expectations. McKinsey has cut its forecast for growth in demand to 0.8 percent a year to 2040, “well below mainstream base case perspectives”, with the research pointing to a possible  peak of 100m barrels a day by 2030. McKinsey’s Occo Roelofsen said despite an expected increase in global population, shifting energy sector dynamics are set to depress energy demand. Meanwhile growth in electricity demand will outstrip other sources of energy, due to the steady “electrification” of building and industry in China and India. Almost 80 percent of the capacity needed to meet this increase will be from solar and wind power, McKinsey predicts. (Telegraph)

Global cement companies have been urged to innovate as a means to “future-proof” the sector, after a new report from climate change research provider CDP warned that the majority of emission reduction targets in the industry look set to expire. The cement industry is responsible for 5% of global emissions. Analysing 12 of the largest global cement companies, the report highlights regulatory measures such as the expected EU emissions trading system reform that could see some companies facing an earnings hit of 144%. Of the companies analysed, only Switzerland’s Holcim and LafargeHolcim, India’s Shree Cement and Lafarge in France scored A and B grades for emissions performance and energy and material management. With more than 50% of cement facilities located in water-stressed areas, CDP calls on the companies to turn to efficiency measures and innovation in an attempt to mitigate restricted growth caused by climate change. (edie)

PepsiCo‘s Indonesian snack manufacturing partner Indofood has been accused of running plantations rife with child labour, worker intimidation and health and safety violations. A new report released by environmental and labour rights groups, found extensive labour violations on two palm oil plantations operated by PT PP London Sumatra, a subsidiary of Indonesian food giant Indofood. The report’s authors – Rainforest Action Network (RAN), OPPUK, and International Labour Rights Forum  – investigated two plantations in North Sumatra. They said that the report’s findings “highlight a pattern of egregious labour violations on palm oil plantations across the globe”. In responses published in the report, PepsiCo pointed to its Palm Oil Action Plan, which says that all its palm oil suppliers in its supply chain must uphold human rights standards, and are not allowed to use forced or child labour on their plantations. (Eco-Business)

Scientists at Lamont-Doherty Earth Observatory at Columbia University and other institutions have come up with a new method of carbon capture and sequestration (CCS). A paper published in the journal Science sets out the approach, which involves dissolving the gas with water and pumping the resulting mixture into certain kinds of rocks, where the CO2 reacts with the rock to form a mineral called calcite, locking it permanently. Iceland’s volcanic rocks are excellent for this process, so for several years the researchers and an Icelandic utility have been testing the technology on the island. Scientists found that about 95 percent of the carbon dioxide was converted into calcite. And even more importantly, they wrote, the conversion happened in less than two years. “It’s beyond all our expectations,” said Edda Aradottir, who manages the project for Reykjavik Energy. (New York Times)

Drivers sue Uber and Lyft over exit from Austin, Texas

Former Uber Technologies and Lyft drivers in Austin, Texas have accused the ride-hailing companies of breaking a federal law by halting operations in the city after voters backed a measure requiring them to fingerprint drivers. The lawsuits said Uber and Lyft violated a law that requires companies to give 60 days notice to employees before a “mass layoff.” Residents voted to keep the city’s law requiring Uber and Lyft, just like taxi companies, to conduct fingerprint-based background checks of their drivers. About 10,000 Uber and Lyft drivers lost their jobs, Uber said at the time. The companies consider drivers to be independent contractors, but these lawsuits are the latest to claim they are actually employees because of the degree of control Uber and Lyft exert. (Reuters)