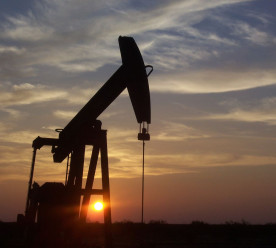 Shareholders at Exxon Mobil and Chevron have narrowly voted down resolutions calling for stress tests to determine the risk that efforts to curb climate change pose to their businesses. Despite the defeat, the proposals drew more support than any contested climate-related votes in the history of the two biggest US oil and gas companies. Preliminary results showed 41% support at Chevron and 38% support at Exxon, an indication that more mainstream shareholders are starting to take more seriously the threat of a global weaning from fossil fuels. Exxon and Chevron had fought to keep the measures off the ballot, a push that the US Securities and Exchange Commission rebuffed. Similar proposals passed overwhelmingly last year at two other big oil companies, BP and Shell.

Shareholders were less supportive of resolutions to curtail exploration of new oil fields, with almost a 96 percent of the votes being negative in both companies. Exxon Chief Executive Rex Tillerson said that the company includes in its energy outlook a proxy cost on carbon. But he added that until renewable technologies are sufficiently advanced, “just saying ‘turn the taps off’ is unacceptable to humanity”. Separately, the White House has announced it plans to propose a new rule that companies with federal contracts must disclose whether they share information about climate risks, as well as their goals to reduce greenhouse gas emissions. (Wall Street Journal*; Bloomberg)

A new report released by Human Rights Watch (HRW) says that says that thousands of children who continue to work in tobacco fields across Indonesia are being exposed to acute nicotine poisoning and serious safety hazards. International and domestic laws prohibit minors from performing hazardous work, but researchers for the humanitarian rights group found that there were children as young as eight being exposed to nicotine, toxic pesticides, extreme heat and other dangers as a result of their work cultivating and harvesting tobacco leaves. HRW says that the failure of domestic and international buyers of Indonesian tobacco to monitor their supply chains meant that it was impossible for them to ensure that their products were not made with hazardous child labour. “When tobacco companies don’t even know where the tobacco they purchase has come from, there’s no way they can ensure children haven’t put their health at risk to produce it,” says Margaret Wurth, children’s rights researcher at Human Rights Watch. (Guardian)

In a deal with Norwegian fishing authorities, organisations including McDonald’s, Tesco, Birds Eye and Youngs have vowed not to sell cod from previously untouched Arctic waters made accessible by melting sea ice. Russian company Karat Group, whose trawlers supply around 20 per cent of cod sold in British fish and chip shops, has also reportedly signed up. A recent Greenpeace investigation found that over the past three years more than 100 Norwegian and Russian trawlers had fished in the Barents Sea in the Arctic. Many used weighted nets, dragging them along the sea floor, damaging the bed and disrupting fish habitats. Under the agreement, companies will work with the Norwegian government to identify which areas are particularly at risk of trawling and those that can be safely fished. (Evening Standard)

India has said Apple must meet a rule obliging foreign retailers to sell at least 30 percent locally-sourced goods if it wishes to open stores in the country. A change in legislation last year exempted foreign retailers selling high-tech goods from the rule. But Apple’s products were not considered to be “cutting-edge technology” and so were not exempted, a government official said. “They did ask for a waiver but didn’t provide any material on record to justify it.” The decision is a setback for the US-based company just days after a four-day trip to the country by Chief Executive Tim Cook, who met Indian Prime Minister Narendra Modi. Sources said that Apple held talks with Indian government officials about a relaxation of the rule before it filed an application to open stores in January. Most Apple products are made in China. (Reuters)

A new survey conducted by the Institute of Environmental Management and Assessment (IEMA) reveals two-thirds of green professionals believe a British exit from the European Union could reduce or remove altogether the role environmental concerns play in infrastructure decisions. Martin Baxter, IEMA’s chief policy adviser, said environmental and sustainability professionals recognise the importance of EU policy and regulation in helping to make greener infrastructure decisions. The survey also found that a large proportion of respondents believe action to tackle biodiversity loss in the UK is most effective as part of the European Union or its frameworks. Previous IEMA polls found that 57 per cent of sustainability professionals think Brexit would make it less likely for the UK to reach its climate targets. Meanwhile 61 per cent believe leaving the EU would harm their organisation and profession overall. (Business Green)