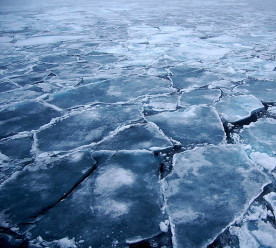 Total is slashing expensive oil ventures in line with international efforts to hold global warming below 2°C. This was revealed in a strategy paper published to coincide with the company’s AGM, in the clearest industry acknowledgment to date of the risks of unfettered exploration. The French oil major is reducing its exposure to tar sands and avoiding the Arctic ice pack. When deciding where to drill, it assumes a carbon price of US$ 30-40 a tonne. “The 2°C scenario highlights that a part of the world’s fossil fuel resources cannot be developed. Total’s growth strategy takes this into account,” the document stated. “COP21 was definitely a watershed,” said Patrick Pouyanne, Total’s CEO. Pouyanne aims to ramp up renewables, notably solar and biofuels, to form 20 percent of the company’s portfolio in 20 years’ time. Total’s intervention follows rival Shell’s recent unveiling of its first ever 2°C-compatible energy outlook, and its announcement of a new green energy division. (Climate Home)

Larger businesses are failing to take the lead on people metrics, according to new research from the UK’s Valuing your Talent partnership, including organisations such as the Chartered Institute of Personnel and Development (CIPD) and the UK Commission for Employment and Skills. The study claims one third of FTSE 100 firms are neglecting to disclose relevant information on health and safety incidents, data breaches, skills challenges and employee turnover in their annual reports. There were three cases of workplace strikes among FTSE 100 companies in 2015, according to media reports, but only two of the businesses involved even mentioned this in their annual reports. Four employees from different firms were also reported to have been involved in insider trading cases, but none of these were reported. The CIPD argues that omitting this information paints an “incomplete picture” of how people are treated and accounted for by a business. (CIPD)

Dozens of French police have raided Google‘s Paris headquarters escalating an investigation into the digital giant on suspicion of tax evasion. Google, which said it was fully complying with French law, is under pressure across Europe from public opinion and governments angry at the way multinationals exploit their presence around the world to minimize the tax they pay. “The investigation aims to verify whether Google Ireland Ltd has a permanent base in France and if, by not declaring parts of its activities carried out in France, it failed its fiscal obligations,” the prosecutor’s office said in statement. Google pays little tax in most European countries because it reports almost all sales in Ireland. This is possible thanks to a loophole in international tax law but it hinges on staff in Dublin concluding all sales contracts. (Reuters)

Report: US insurance companies taking too big a risk on fossil fuels

The US insurance industry, the country’s second largest institutional investor in oil, gas and coal with $459 billion in fossil fuel investments, needs to divest or face serious threats to its financial stability, according to a new report by Ceres, a non-profit sustainability advocacy group. The report analyses investment data from the country’s 40 largest insurance companies, including Prudential, AIG, Metlife, State Farm and Allstate. The report does not quantify the potential financial losses but points out the economic challenges that have bedevilled the fossil fuel industry, such as low oil prices and the bankruptcy filings of 69 North American oil and gas producers since the beginning of 2015. The report comes at a time when the insurance industry is facing increasing political pressure to figure out how to address investment risks presented by climate change. (Guardian)

Adapting to climate change will cost a lot more than thought

The cost of adapting to a changing climate will be four-five times higher than what was estimated two years ago, says a new report by the United Nations Environment Programme (UNEP). “The costs of adaptation could range from USD140 billion to USD300 billion by 2030, and between USD280 billion and USD500 billion by 2050,” says the study. As India faces more intense and more frequent heat waves, “annual costs associated with additional demand for cooling (in India) could range between USD25 billion and USD100 billion by mid-century, for low- and high-warming scenarios, respectively.” “It’s encouraging that the amount has increased in the last few years but it is far clearer that the world is too behind to help out poor and the most vulnerable communities, especially in least developed countries,” said Saleemul Haq, Director of Dhaka-based International Centre for Climate Change and Development. (thirdpole.net)