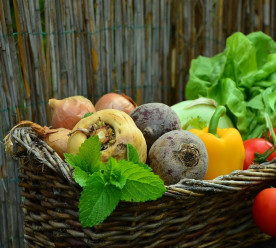 Ivy Park, the sportswear brand founded in partnership between Beyonce and Topshop, has defended itself against a report that says its supplier in Sri Lanka uses “sweatshop slaves” to produce the clothing. Workers at MAS Holdings in Sri Lanka earn just 4.30 pounds a day, the Sun newspaper reported. “Ivy Park has a rigorous ethical trading program. We are proud of our sustained efforts in terms of factory inspections and audits, and our teams worldwide work very closely with our suppliers and their factories to ensure compliance,” Ivy Park said. The wages reportedly paid to Sri Lankan factory workers are well above the minimum wage in South Asia. However, these wages “fall far below a wage a person could live on”, according to lobby group Clean Clothes Campaign. Annanya Bhattacharjee of the Asia Floor Wage Alliance (AFWA) said the garment workers in Sri Lanka were probably working longer than eight-hour days and not being paid overtime. (Reuters)

Biodegradable plastic water bottles and shopping bags are a false solution to the ubiquitous problem of litter in the oceans, the UN’s top environmental scientist has warned. Greener plastics have been marketed as a sustainable alternative that could reduce the vast amount of plastic waste that ends up in the sea after being dumped. But they are not a simple solution, said Jacqueline McGlade, chief scientist at the UN Environment Programme. “A lot of plastics labelled biodegradable, like shopping bags, will only break down in temperatures of 50C and that is not the ocean. They are also not buoyant, so they’re going to sink, so they’re not going to be exposed to UV and break down,” she said. The main solution to plastics in the ocean is better waste collection and recycling, particularly in the developing world, the UN said. (Guardian)

A new “Plates, Pyramids, Planet” report published by the UN’s Food and Agriculture Organisation (FAO) and the Food Climate Research Network (FCRN), evaluates government-issued food guidelines on whether they make links to environmental sustainability. While more than 80 governments currently issue dietary advice, only four – Brazil, Germany, Sweden and Qatar – draw connections to the environmental threats posed by modern food production systems and dietary patterns. “Diets rich in whole-grains, legumes, fruits and vegetables are good for our bodies. There is also ample evidence showing that such diets have much lower environmental impacts,” explains lead author Carlos Gonzales-Fischer of FCRN. “In essence, it’s a win-win.” The FAO’s Anna Lartey added: “SDG 2 makes a clear link between the needs for healthy nutrition and sustainable agriculture — and it’s time that dietary guidelines reflect that relationship.” (Eco-business)

The World Bank has approved $130 million of new loans to Cambodia almost five years after it placed a moratorium on lending to the country over the forced evictions of thousands of impoverished Phnom Penh residents. $25 million will go towards funding a land redistribution scheme, which has come under fire from human rights campaigners. Other funds will go “to provide many communities across Cambodia with better roads, sustainable sources of water, improved livelihoods from agriculture, and increased access to healthcare,” the Bank said. Naly Pilorge, director of rights group Licadho, expressed her disappointment: “Merely pumping millions of additional dollars into the project without acknowledging and addressing basic problems… will lead to more significant problems in the future.” The International Accountability Project, a US-based NGO that tracks forced evictions, urged that funding be postponed until a proper assessment could be completed. (Eco-business)