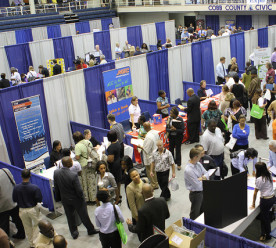 Unilever has revealed that its ‘Sustainable Living’ brands are now delivering “superior performance”, contributing to half of Unilever’s growth last year, and developing 30 percent faster than the rest of the business. Brands including Knorr, Dove and Lipton aim to offer consumers a wider social benefit on top of traditional product values of cost and performance. “Business can play a leadership role in disrupting markets in support of sustainable living – and they will be rewarded by consumers who are also seeking responsibility and meaning as well as high quality products at the right price,” said Paul Polman, CEO of Unilever. These latest results also reveal that consumers are becoming more conscious about sustainable products, with 54 percent looking to buy more sustainably sourced and produced items. Since the launch of Unilever’s Sustainable Living Plan in 2010, the company has reduced CO2 emissions from energy by 39 percent per tonne of production; water by 37 percent per tonne of production; and waste sent to landfill by 97 percent per tonne of production. (edie)

The chairman of Standard Life has said that pay across the UK’s financial services industry is too high, as more than a fifth of the insurer’s shareholders voted against its boardroom pay deals. The Edinburgh-based company said 22.3 percent of shareholders voted against the remuneration report for 2015 at its annual meeting this week. The group’s chairman, Sir Gerry Grimstone, said the vote “does [send a message]. A number of companies have been sent a message this year.” Meanwhile, nearly 26 percent of investors opposed the annual remuneration report of office provider Regus and 17 percent voted against its forward-looking pay policy. Several major companies have suffered far bigger protest votes over executive pay in recent weeks, including BP, Smith & Nephew, Shire, Weir Group and Anglo American. (Guardian)

Careers education given to school pupils can be linked to higher earnings in adult life, according to a new research. A study published in the Journal of Education and Work suggests that better-informed teenagers are likely to make more advantageous career choices. It measures the earnings benefit as an extra £2,000 per year for every six careers sessions when aged 14 to 15. Researchers used the British Cohort Study, tracking 17,000 people. The research, commissioned by the Education and Employers charity, found that once other factors were taken into account, such as exam results and economic background, there were higher earnings for those who had received sustained careers advice in school. “This report makes clear the importance and impact of great careers insights and advice from people in the business world,” said Paul Drechsler, president of the Confederation of British Industry. (BBC)

Japanese carmaker Nissan has denied accusations that it has cheated emissions tests, following claims from South Korea’s Environment Ministry that more than 800 UK-built Qashqai models were set to be recalled. Nissan’s South Korean operations are set to be fined just under £20,000 for allegedly fitting 814 Qashqai cars – which were made in Sunderland – with “cheat devices”, a claim that Nissan has strongly denied. “Nissan does not manipulate data related to our vehicles. The Nissan Qashqai has been correctly approved under Korean regulations,” a Nissan spokesman said. South Korean Environment Ministry director Hong Dong-kon claims that the Qashqai was the only diesel vehicle from 20 models to fail emissions tests that were established in the aftermath of the Volkswagen scandal. (edie)

Report: Farming is ‘single biggest cause’ of worst air pollution in Europe

Farming is the biggest single cause of the worst air pollution in Europe, a new study has found, as nitrogen compounds from fertilisers and animal waste drift over industrial regions. When the nitrogen compounds are mixed with air already polluted from industry, they combine to form solid particles that can stick in the fine lung tissue of children and adults, causing breathing difficulties, impaired lungs and heart function, and eventually even premature death. The compounds come from nitrogen-rich fertilisers, which have been in common use for decades. Europe, much of the US, Russia and China have been found to suffer from the problem, in the latest research from the Earth Institute at Columbia University, in the US. The authors say that counselling farmers to use less fertiliser will not solve the problem. Rather, controlling other sources of industrial pollution, which are the agents that turn agricultural pollution into its harmful forms, should be the priority. (Business Green)